The trees are the greatest bounties of nature which the Almighty has given to man for preservance of health, nature and the environment around us. Our ancient medicinal system of Ayurveda mentions the voluminous usage of these divine trees in boosting health and positivity at homes.

The sacred plant is the Tulasi, which is a plant all Hindus have at their home and worship. This plant is the favourite of Bhagwan Vishnu. There is a story which mentions the same. Once Bhagwan Shiv was fighting the demon Jalandhar, but unable to kill him because of the chaste power of Jalandhar‘s wife Tulasi. Bhagwan Vishnu goes to her in the guise of Jalandhar and she gets up in the middle of her puja.

Her sacred power protecting her husband disappears and he gets killed by Bhagwan Shiv. Tulasi comes to know and curses Bhagwan Vishnu to become a stone. Vishnu accepts the curse and says that she will take birth as a holy plant and worshipped by women for the long life of their husbands, and he will remain a stone always in her presence, thus taking the form of Salagram. Thus the Tulasi plant is worshipped by all Hindu women as a sacred one. Not only that, Tulasi is a medicinal herb which treats cough and cold.

The Banyan tree is our National tree which has a n age span of 400 years. . It is said to be the favourite of Bhagwan Krishna. The branches spread so vast, that they covers half a kilometre. Sitting under a banyan tree cools off the summer heat and the children love to play with its roots hanging upside down. One can find even temples built under its shade, and it’s the best summer retreat.

The Mango tree leaves are used for their antibiotic properties and ward away bacteria and virus, and hence they are always tied to the main door. Its fruit is considered to cool down the body heat, and hence used widely in summer. The leaves are considered very auspicious and pure and all offerings of water during rituals performed to gods are done by a mango leaf.

The Peepal tree is also considered to be the form of the divine trinity. Bhagwan Shiv is said to be pleased when worshipped with Peepal leaves. It is a medicinal tree which cures cough, blood related problems and burns. The Banana tree is considered to be very good for health and hence we have the age old tradition of the meals served in the banana leaf. The Sandalwood is another tree is considered to ward away all viruses and cure many skin related problems and improves skin complexion too. The Coconut tree has the greatest significance as the most important offering to God. 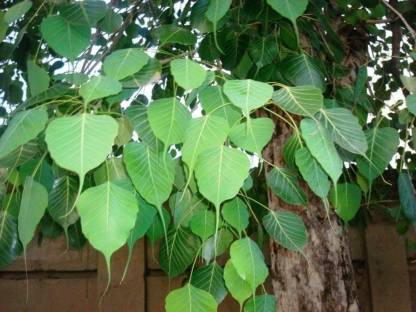 The most important vital source of life is oxygen which is provided by these green divinities. It is the prime duty of humans to protect these gifts of nature and preserve them for the further generations to survive on Earth.