Mother is given the highest accord in all our Vedas, Puranas, Shastras and Epics. She is the very reason of our existence. However, the role of a mother is not just confined to giving birth to a child, but in shaping the life of a child through virtues and values. Mother is the first and the best teacher one has in life and it is through her teachings that we all define our individuality and character. Motherhood is not an easy task but the great mothers of our Sanatana Dharma have always inspired the values of motherhood and made one and all respect this beautiful role.

Mata Kaushalya – The loving mother who stood as an epitome of selfless love and sacrifice. Mata Kaushalya showered all her love not only on Shri Ram, but all her four sons. She defined their character with moral values instead of making them spoilt princes. Even though her son is sent to the exile due to Queen Kaikeyi, she never shows resentment on her nor questions her. She guides Shri Ram and waits in agony for fourteen years while Shri Ram strives for his mission of upholding Dharma and as her part guides Bharat in fulfilling his duty. Shri Ram for all the love she has on him, referred himself as Kaushalya Nandan, thus etching his name forever with his mother’s. 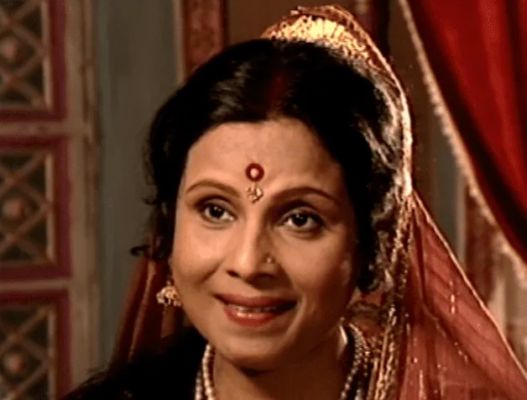 Mata Yashoda – Shri Krishna was not born from the womb of Mata Yashoda, yet he is called as Yashoda Nandan for all the great love she showered on him. It was nothing but pure love they had when Shri Krishna to enjoy her utmost love performed pranks to get punished by her and later enjoy the comfort and love she gave him. Although she gets separated from Shri Krishna at his return to Mathura, she takes all the pain in her stride and remains silent.

Although she doesn’t see Shri Krishna again, she never forgets him proving that a mother’s love never diminishes, no matter even being an adaptive mother.

Mata Kunti – At a very young age, Kunti loses her husband Pandu Maharaj and her co-sister Madri and is left with five sons and a responsibility of bringing them up as followers of Dharma. Even while she suffers obstacles with many cunning schemes of Shakuni and Duryodhan, she trains the Pandavas to bear them with a belief in goodwill. It is her staunch belief in Dharma that once she gets ready to sacrifice Bheem to Bakasur for the sake of saving the Brahmin family which gave them shelter. When the Pandavas lose their kingdom and honour in the game of dice, she trusts in Shri Krishna to set things right and believes in her dharma to guide her sons. Her respect towards the values of Dharma is seen when she stays in Vidur’s simple house rather than the palace of Hastinapur waiting for her sons to return from exile. In spite of all the troubles Duryodhan had given them, she never prefers war and bloodshed as she believes that forgiveness is the greatest virtue of all.

There are no words to define mother and her role in one’s life, but it can be said that even the Almighty is thirsty for this great love and takes many incarnations to enjoy the bliss of motherhood and showing its significance through owing all his great virtues to the teachings of a mother.