Sampati was the king of Vulture clan. His parents were Arun and Sheyini, and the noble bird Jatayu was his younger brother. Arun was the charioteer of Sun God and the son of Rishi Kashyap and Vinita. The Brahma Puran also mentions that Sampati had a son named Babru, who had equal strength and swiftness as his father. 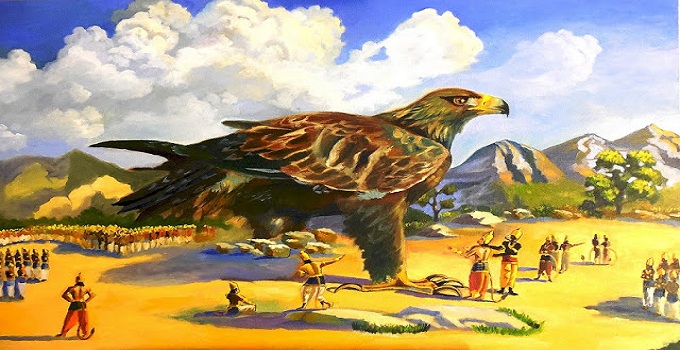 Sampati and Jatayu were very close to each other and loved each other dearly. They were quite swift with immense strength in their wings. Once, they decide to have a competition as to who can fly high. However, Jatayu flies very close to the Sun, and gets scorched by the heat of the sun. In order to save Jatayu, Sampati shields his brother by spreading his wings above him. He burns both his wings due to the heat and falls near the Ocean and gets separated from his brother.

Seeing the plight of Sampati, a Rishi foretells the future that a group of Vanars, sent by Shri Ram would come in search of Mata Sita, and when Sampati tells her whereabouts, his wings would heal. The role of Sampati in Ramayan is that of a light which removes darkness. He was instrumental in providing the lead to the Vanar group which loses hope in searching for Mata Sita. Thus when he sees Ravan taking Mata Sita, he waits on the ocean shore for the Vanar group to come so that he can tell them about Lanka where Mata Sita is kept captive.

The group searching in the south direction for Mata Sita led by Angad, Hanuman, Nal and Neel and others come to the shore of the Ocean exhausted and disappointed. In spite of a month long search, they do not have a clue as to where Mata Sita is. They feel dejected and decide to end their life as they have failed to keep up their word to Shri Ram. Sampati who is nearby, waiting to catch some food shouts to them that his fortune is good that he has got plenty of food today. Seeing Sampati, the Vanars remember Jatayu, and sacrifice for Shri Ram. They remember his moral virtues and his fight with Ravan in the attempt to save Mata Sita.

Sampati is surprised to hear his brother’s name and he asks about Jatayu. The wise Jambavan tells the whole story about Jatayu. Sampati laments hearing about Jatayu’s death and offers final oblations to his dear brother. Later, he tells the Vanar group that Mata Sita had been taken away to Lanka and was held captive in the Ashokvan, the grove of Ravan. 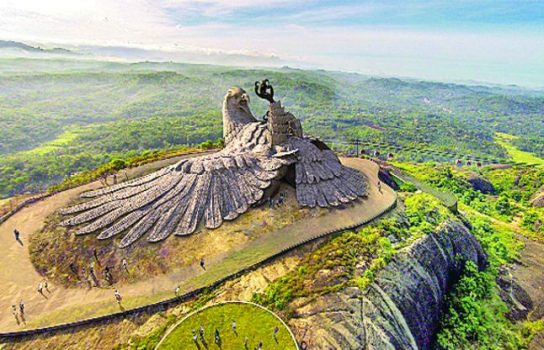 Once Sampati reveals this vital information, his wings start healing and he regains his strength and power. He flies away advising the Vanars to think of means to cross the Ocean and reach Lanka.

Every human life is a quest. The journey which one treads on is a long one, and sometimes gets lost among the illusions and problems. But faith in God helps clear the problems and move ahead with new strength. When the Vanar group was feeling lost, Sampati was like the intervention of God and showed them the way to move ahead and achieve success in the task they set out to fulfil. Hence, even in dire consequences and despair, one never should lose faith in God, as it is the one means which will help mankind look and steer ahead of problems. God never disappoints, but only helps.