The surge of energy was reaching the sky and the zeal of the Vanars was unlimited. As soon as Sugriv summons a meeting for deciding the war strategy on Lanka, all get ready to lay their life down for Shri Ram. Sugriv’s army is not a mere monkey army but an army filled with warriors of great might and courage and above all, with total devotion on Shri Ram. Including the great Sugriv, the Vanar army was born for the purpose of helping Shri Ram in killing Ravan. The wise elderly Jambavan was the intellectual minister of Sugriv. He was fondly called as Rikhsaraj by Shri Ram and others. Born as a son of Brahma, the immortal Jambavan helped the devas in the Samudra Manthan. He was the one who also circled Bhagwan Vishnu’s feet during the Vamanavatar. He becomes one of the eldest and the wisest ministers of Sugriv and always gave good counsel to him. Jambavan awakens the inner strength of Hanuman and motivates him to cross the ocean and meet Mata Sita. Witnessing the mighty valour of Shri Ram in the battle of Lanka, he expresses a desire to fight Shri Ram and cherish it. Shri Ram accepts his wish and says that he would fight him in his incarnation as Shri Krishna. Thus, Jambavan’s wish gets fulfilled during the quest of Syamantak jewel and not only fighting Jambavan, Shri Krishna also marries his daughter Jambavathi, thus fulfilling his devotee’s wish.

Angad, the crown prince of Kishikinda and the son of Bali was another great warrior in the army of Sugriv. On the advice and order of Bali, he was devoted to Sugriv and Shri Ram all through and played an integral part in the search of Mata Sita. Angad fulfilled his duty with prudence and kept motivating his group to keep on looking for Mata Sita. His delight was so high when he comes to know about Mata Sita in Lanka that he suggests that they all go back to Lanka, kill Ravan and get Mata Sita back to Shri Ram, but on the advice of Jambavan, holds his composure back, thus proving himself to be an obedient and a wise crown prince who listens to the word of the elders.

Nal and Neel, aptly to be called the engineers of Shri Ram’s army were the mighty warriors who constructed the Setu across the ocean to Lanka. Nal was the son of Vishwakarma, the divine architect and Neel was the son of Agni dev, the fire god. They were a constant source of support to Sugriv during his banishment and later fought many of the demons valiantly in the battle of Lanka. 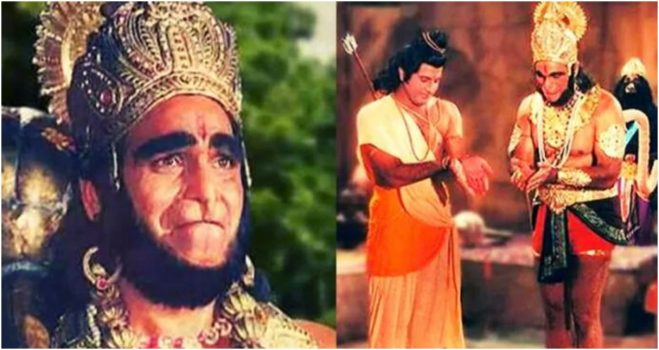 The mighty Kesari, father of Hanuman was known for killing the demon Shambhasadan, who roamed in the form of a mighty elephant. Sugriv’s army consisted of the twins Maind and Dwivid who were the sons of the Ashwin devas. Dwivid was present during the time of the Pandavas too, and he gave a warm welcome to Sahadev and lots of wealth and riches during the Ashwamedha expedition.