The great Indian temples are not only revered for their deities, but also for their mystic aura which they carry around them. Indian temples are not just places of worship, but they are a connection between Man and Nature and where one realises the cosmic power of the universe which is embedded in Mother Earth. While, we hear many tales and legends about our temples, it is also wondrous to see that our temples are also places of unexplained science mysteries and make the world spell bound about the ancient science knowledge our land carries. One of such temple which made NASA wonder at its scientific significance is the Kasar Devi temple in Almora, Uttarkhand. 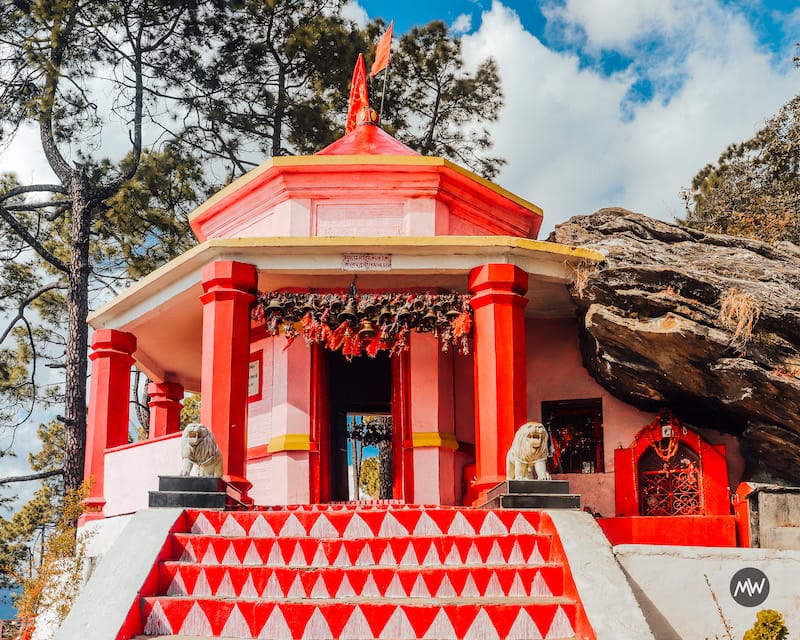 This mystic temple is situated in the village of Kasar and is the presiding deity is Bhagwathi Durga. It is one of the most serene places in the Himalayas which offer solitude and where one can get connected to the inner mind and the Almighty. It is believed that Bhagwathi Durga has slayed the demons Shumb and Nishumb at this place and had taken rest at this very place. One can see a lion shaped rock carving which resembles the divine vehicle of Bhagwathi Durga at this temple. The temple dates back to the 2nd century and is home to beautiful pine forests and medicinal herbs. From the shrine, one can see the panoramic view of the Himalayas right from the Bandarpanch peak in India to the Api Himal in Nepal. But, what makes this temple unique is the unique magnetic power the temple radiates proving that nature has a way to heal the mind and the body.

Our Sanatana Dharma which covers every aspect of life also mentions in various Puranas and Upanishads about the effects of science and the power of Earth in healing mankind. It is indeed pride to discover that the Kasar Devi temple is one among such centres and for the power it held, even the world famous Astronomical Space Centre NASA was spell bound.

The scientists of NASA during their research discovered that the three were three spiritual places in the entire world which through their magnetic fields were helpful to give mental wellness and healing to the human mind and the Kasar Devi temple of Bhagwathi Durga is one among them. The second being, the Machu Pichu in Peru and the third is the Ancient Stone Hedge in England. The Kasar Devi temple is part of the well-known Van Alan belt which has huge electro-magnetic particles from the earth’s crust. These magnetic powers help man stabilize are believed to have healing powers which help the mind become free from the stress and strain of life and contribute to the wellness of mind and body which are essentially helpful in the health of mankind.

For the healing aura and the great powers of this place, Swami Vivekananda had visited this place in 1890’s and had spent a lot of time meditating here. The Kasar Devi temple attracts all people who would want to have a serene and a calm atmosphere to reconnect them with the Almighty is a heaven to creative people who wonder at the beauty of Himalayas which the temple offers as view. The Kasar Devi temple is a wonderful example of scientific power being spread in nature and realise that how wonderfully the Supreme Being has created the world in ways beneficial to mankind.