Vaishno Devi is amongst the most revered Hindu pilgrimage sites in India. Nestled in the Trikuta Hills in Jammu, the cave temple of Goddess Vaishno Devi, who is the manifestation of Goddess Parvati or Shakti is said to be the abode of 33 Hindu gods. It is believed that Mata Vaishno Devi, who was also known as Trikuta observed the ‘Navratra’, to pray for the victory of Lord Rama against Ravana. It is also said that Lord Rama also ensured her that the entire world would sing her praises and revere her as Mata Vaishno Devi. Thus, it is due to Rama’s blessings that Mata Vaishno Devi attained immortality and now attracts thousands of pilgrims to the shrine each year. 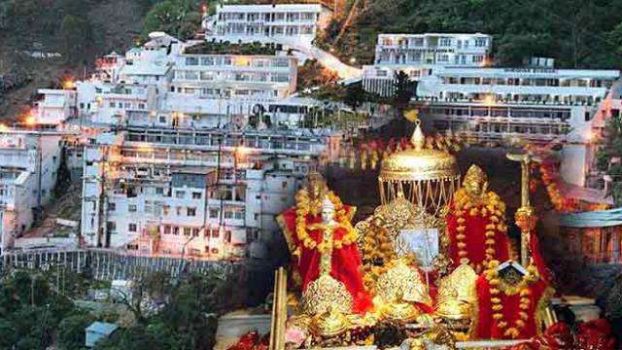 The renowned sanctum of Vaishno Devi Mandir lies at the height of 5200 feet and is one of the most visited sites in India that’s located in the mountains. The significant Places to Visit in Vaishno Devi are Darshan Deodhi, Charan Paduka, Hathi Mata, Banganga, Sher Ka Panja, Himkoti, Ardh Kuwari, Bhairon Mandir, Indraprastha, Sanjhi Chhat Bhawan and Garbhajun. Vaishno Devi Mandir is different than most of the other Hindu temples since it does not hold any idols or pictures of deities in its sanctum. Instead, the cave houses naturally formed pindies or rock formations which are immersed in water and regarded as the manifestation of Mata Vaishno Devi. The unique cave temple is one of the 108 Shakti Peeths which are the much-adored holy sites of Hindus.

To reach the shrine, one has to obtain a Yatra Parchi from one of the registration counters and embark on a trek of about 13km from Katra. Most devotees walk both ways, some prefer to ride a pony, while palanquins are also available for the sick and elderly. A helicopter service operates from Katra to Sanjhichatt, from where the shrine is just 2.5 kilometres. 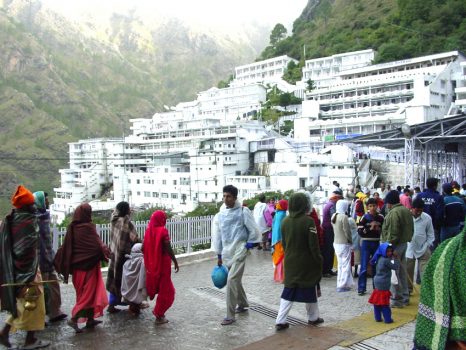 Apart from pious reason, one must visit Vaishno Devi for the everlasting adventurous experience, Mata Vaishno Devi blesses her devotees in unique and unexplainable ways. Devotees just need to have faith in the ultimate energy and power. Unexpected events happen which bring happiness, maturity and experiences in their lives.