The Samudra Manthan is the greatest depiction of how hard work and determination help one achieve success in his/her goal. Motivated by Bhagwan Vishnu, the Devas who lost their power to the curse of Rishi Durvasa join hands with the demons to churn the Milky Ocean and bring out the Amrit, the divine nectar which made one free from disease and death. The task was not easy and it took a lot of effort for the Devas and the demons to achieve their mission. 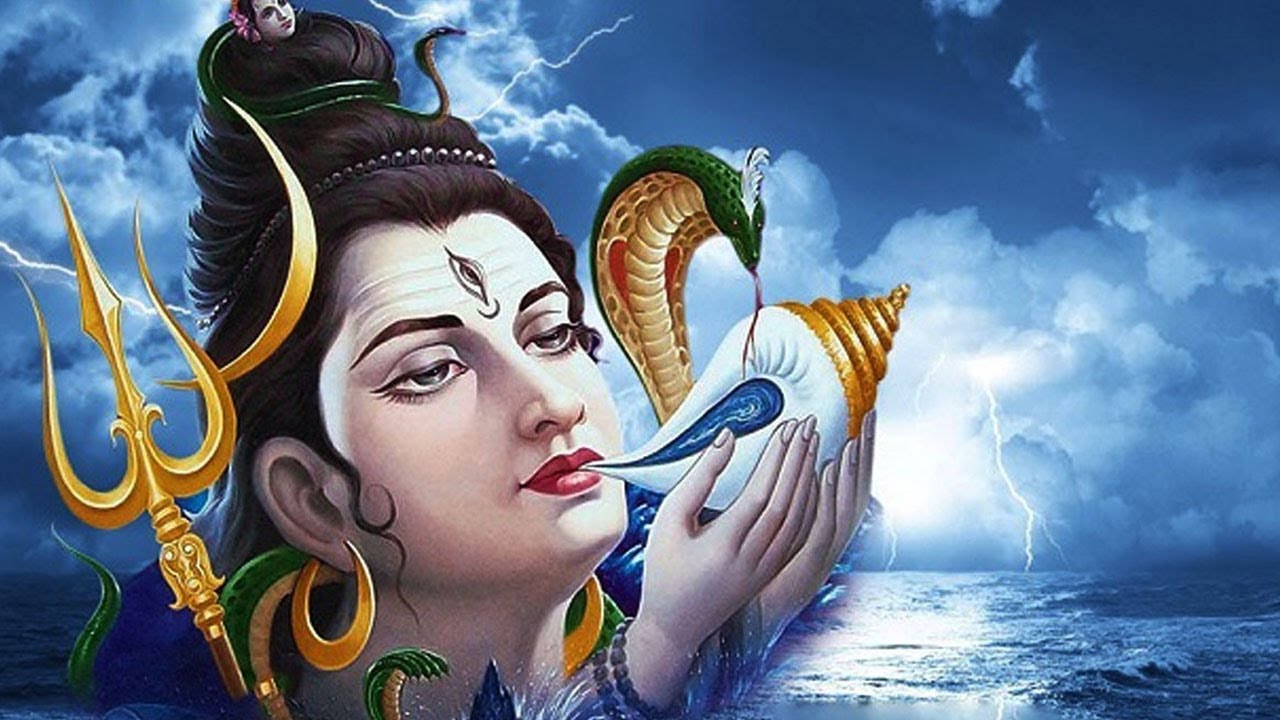 Any task is difficult in the beginning and problems arise in the root level making it a difficult start. Yet, it is the determination and the will power to succeed which makes one move ahead and find solutions for the obstacles coming through. The same problem which had occurred right at the start bringing a huge hurdle to the churning was the birth of the venomous poison Haalahal which started destroying the life force the minute it emerged. None were spared and all started choking for fresh air and save themselves from the fumes of the poison.

The Devas did not understand what was happening and sought the help of Bhagwan Vishnu. He mentions to them that the spread of the poison can be stopped by Bhagwan Shiv only. All of them approach Bhagwan Shiv for a solution. The compassionate one agrees to drink the poison and stop its venomous spread. He takes all of it in his palm and gulps it down and holds it in his throat. Although the venom succumbed to Bhagwan Shiv, yet it’s powerful fumes changed the colour of Bhagwan Shiv’s throat into blue and since then he carries the name of Neelkanth. After the poison was stopped the churning of the Ocean continued and many celestial and divine personas emerged from the Ocean blessing the entire Universe.

When one looks at this incident closely, it can be seen that the Haalaahal poison is just like the pollution spreading all the earth and choking life with its toxic fumes. While stopping its spread by curbing it Bhagwan Shiv gives a great insight that it is in the hands of mankind to stop the harmful spread of pollution which is disturbing the eco system of life. After Bhagwan Shiv curbs the poison and stops it from harming the world, there emerge many divine things which are beneficial to creation. In the same way, when man stops wasting the natural resources and looks at preserving them and handing them over to the future generations, there will be new life, new beginnings and new hopes for a better creation.

It is a pride factor to mention that right from the Vedas, the balance of life has been mentioned through various deeds of the Supreme Being, acts of celestials and their role in doing their duty to preserve and protect life. Our Sanatana Dharma is not just a religion, but it is a way of life mentioned as to how one can be beneficial to self and also to others while respecting the laws of nature. The Samudra Manthan and the entire events which occur alongside are beautiful visions to mankind that when one protects life and nature, it rewards us with the greatest of benefits.