In a family, the role of a mother is the most important one in defining the future of the family. It is the perception of a mother that defines the family’s strength in times of happiness and sorrow. Her actions and thoughts reflect in the individuality of the family, especially the chidlren. A mother is the first teacher and it is where man learns the first values as an individual. Ramayan highlights these traits of a woman as a mother and most importantly, how her thoughts influence the family. 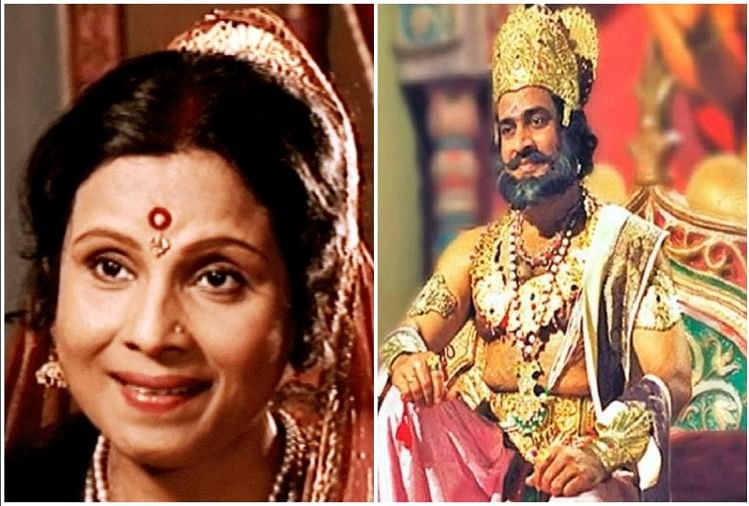 Kaushalya is the woman who stood as the pillar of strength of Maharaj Dasarath‘s family. Being the principal queen, she was the most responsible woman for the good conduct of the whole family. It was because of Kaushalya that the family stood together as she never differentiated between Shri Ram and his brothers. She helped the brothers build on their bond of caring and sharing and made them strong in standing up for each other. Even though she faces separation from Shri Ram, she supported Bharat and Shatrughan and waited patiently for Shri Ram to return and see the family together again.

Sumitra stands as the epitome of calmness and sacrifice. She sends Lakshman along with Shri Ram, and puts herself and Urmila in the service of Kaushalya and becomes the strong support to the family in adversities. Sumitra’s strength to hold her grief and become the strength of the family only teaches that a woman’s strength is beyond measure and it can become the greatest virtue of the family’s unity.

Kaikeyi teaches both the good and bad side of life. Although she never differentiated between Bharat and Shri Ram, her instinct nature got influenced by the evil thoughts of Manthara. Kaikeyi’s life teaches us that it is very important to have a hold on the negative emotions not to overrule the positive ones which might lead to disastrous results in the family. While Kaushalya and Sumitra teach how important it is to be together, Kaikeyi shows that domination and greed do not work for the welfare of the family.

Mata Sita as a mother did her job perfectly. Mata Sita bought up her sons Lav and Kush away from the comforts of the palace while living a life of seclusion. But, she never compromised on the values and discipline she had to imbibe in her sons and taught them to be self-reliant and self-supportive. It is only with that strength and confidence that Lav and Kush defeat the entire army of Shri Ram and be called the true successors of Shri Ram in terms of warrior ship and heroism. Mata Sita put aside all her grief of being separated form Shri Ram aside and gave priority to make Lav and Kush worthy sons of Shri Ram. She brings them to Shri Ram at the right time and leaves them to him protecting her own self-respect and integrity and bids adieu to the world in the most dignified way.

When a woman becomes a mother, her priorities shift from self to children, and this priority is the same since age old times. If a mother has a positive approach towards life, the children are the strongest, and when she has a negative perception, the whole family is affected. It is the perception of a mother that defines the strength or the weakness. Hence, the mother is accorded the status of God in our Culture.