As a traveller of all worlds, Rishi Narad goes singing the greatness and glories of Bhagwan Vishnu and gets immense joy and happiness of it. His chant “Narayan Narayan” always rings in the ears of the devotees keeping our mind at the lotus feet of the Almighty. However, there is one incident which shows that even great and divine personalities are bound to make few mistakes and a mentor like Bhagwan Vishnu can only correct such small mistakes and again put them back into the path of true devotion. 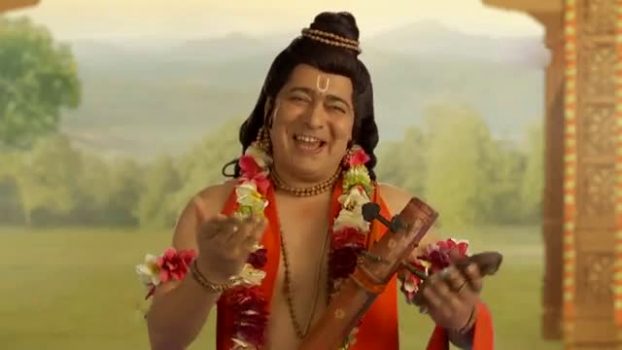 It once happens that Rishi Narad starts feeling proud about his devotion for Bhagwan Vishnu. He starts thinking that nobody chants the name of Bhagwan Vishnu as much as he does. Proudly, he goes to Bhagwan Vishnu and asks him whether there is any devotee greater than him. To Rishi Narad’s surprise, Bhagwan Vishnu immediately replies that there is a farmer on Earth who is his greatest devote. He asks Rishi Narad to accompany him and see the greatness of his devotee.

Rishi Narad with his pride mocks Bhagwan Vishnu that what greatness did he find in the farmer who doesn’t even have time to utter his name continuously as he does. Without answering him, Bhagwan Vishnu instead gives him a pot of oil and asks Rishi Narad to put it on his head and circle the hill three times without dropping a single drop of oil. Rishi Narad says that that is no big deal and starts walking with the pot on his head. 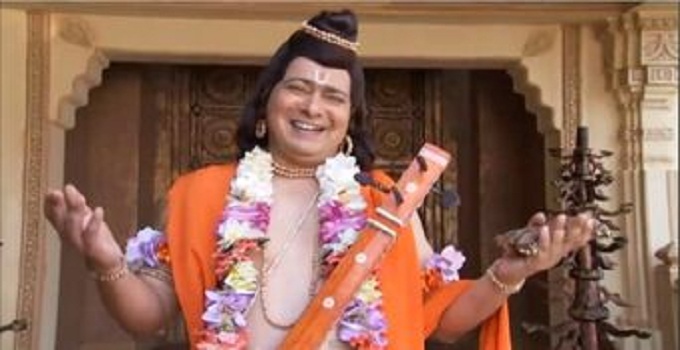 Rishi Narad walks with total concentration on the pot, lest it spills or tumbles. After completing the three rounds and coming back to Bhagwan Vishnu, the compassionate god asks Rishi Narad as to how many times did he chant his name while circling the hill. That’s when Rishi Narad realises that he did not chant Bhagwan Vishnu’s name even for a single time with the pot on his head. Then Bhagwan Vishnu answers that when a small pot of oil as a burden on his head, could take off his mind from the thoughts of god then what about the farmer who carries the burdens of life on his shoulders. Yet in spite of all such burdens, the farmer takes time to think of Bhagwan Vishnu’s with total faith and that makes him the greatest devotee. Rishi Narad feels guilty of his pride and asks for forgiveness of the Almighty and accepts that if one takes Bhagwan Vishnu’ s name even a single time with faith, that indeed is true devotion.