Nothing happens without a reason. The Almighty decides every event, situation and circumstance in our life with reasoning. However, whether the reasoning turn out to be good or bad factors of our life is left to the way how we shape our own character and identity and Ravan is the greatest example of the same. 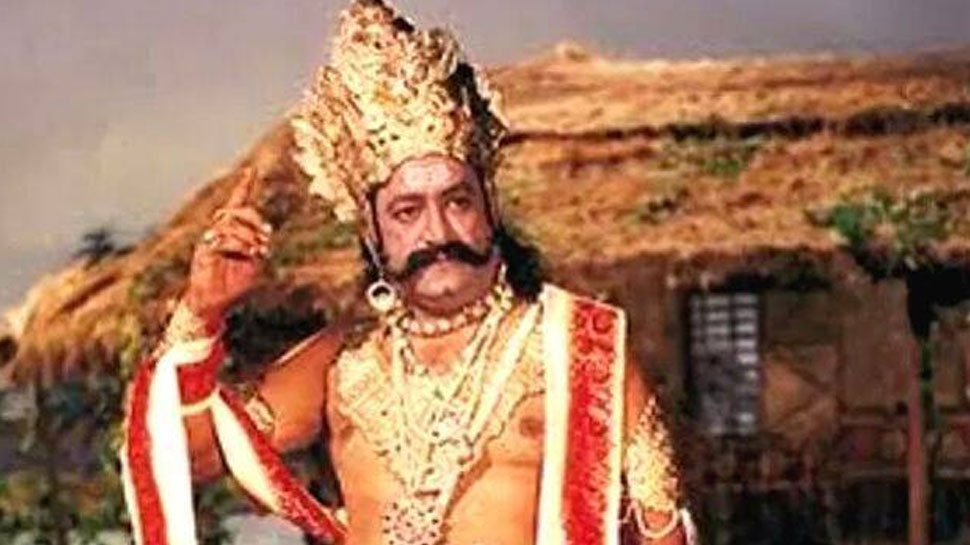 Ravan whom none of the Devas, Nagas, Gandharvas, Kinneras or any other powerful demigods couldn’t win had to succumb to a man and his monkey army. But, as mentioned earlier, everything happens for a reason and for Ravan it was the curse of the faithful servant and vehicle of Bhagwan Shiv, Nandi which was a warning bell sounded for the growing Ravan ‘s ego and arrogance, thus resulting in his doom.

In one of his travels on the aerial chariot Pushpak, Ravan was passing by the Himalayas when the Pushpak came to a sudden halt. Ravan is surprised at its sudden stop and asks it to fly ahead. But the Pushpak denies. Ravan looks down and realises that where Pushpak halted was none other than the Kailash mountain, the abode of Bhagwan Shiv and no object or person could fly over it and hence the Pushpak had stopped in its tracks.

Being an ardent devotee of Bhagwan Shiv, Ravan decides to pay a visit to Bhagwan Shiv and ascends on Mount Kailash. But, at the entrance, he is stopped by Nandi, the faithful vehicle guarding Bhagwan Shiv. Nandi asks Ravan to wait for some time as Bhagwan Shiv was in solitude with Bhagwathi Parvathi and none could enter when they were together. But, Ravan does not pay heed. and ties to go ahead. Nandi again stops Ravan and calmly mentions to wait for some time, but it is for no use for an egoistic person like Ravan. With arrogance and pride Ravan mentions that he is the conqueror of the Worlds and hence he cannot be stopped by any monkey faced servant like Nandi who was just the gatekeeper of Bhagwan Shiv. Nandi gets enraged at Ravan’s reckless pride and curses Ravan that as he was insulted as a monkey faced one, the very monkeys would be the reason for Ravan’s defeat in future. But with blinding pride, Ravan does not care for Nandi’s words and pushes Nandi away and visits Bhagwan Shiv and Parvathi. Bhagwan Shiv with a calm face receives Ravan, blesses him and sends him away. Then he consoles his dearest aide Nandi as his curse would not go waste and Ravan’s pride would be stopped by the Vanar warriors in future.

Although Ravan neglects the words of the noble Nandi, the celestials take this as an opportunity and through their souls give birth to the Vanar warriors like Bali, Sugriv, Nal, Neel, Angad and Hanuman incarnates directly as one of the Ekadasa Rudras of Bhagwan Shiv. Fulfilling the prophecy made by Nandi, they become the greatest support of Shri Ram and become the very reason for Ravan’s defeat and death.

This teaches a greatest lesson that arrogance and rude talk never helps and leads to downfall. No skill, ability or might help arrogance and it becomes to very reason of defeat of even a great warrior like Ravan. Hence, one should always keep in mind the consequences of the actions performed as they lead to reasons of victory or downfall.