In devotion, each devotee has his own way of serving the Almighty. Every way is unique and pure and there is no high or less in them. The Ramayan is one epic which highlights all the nine ways of devotion through nine devotees, proving that when devotion is pure, it reaches the heart of Shri Ram. 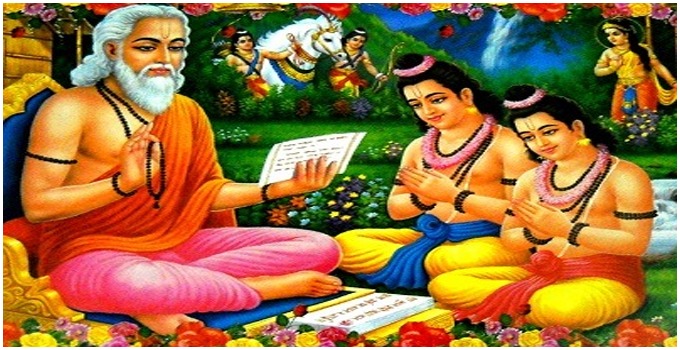 Mata Sita – Mata Sita paved her way to the heart of Shri Ram choosing the devotional form of Smaran. When Mata Sita was kept captive in Lanka, her devotion towards Shri Ram was in the form of Smaran, where she fixed her thoughts, heart and mind on Shri Ram and remembering him each and every minute of her time in Lanka.

Bharat – There is no other great example of Archan than Bharat. Although he was forced to be separate with his brother for fourteen years, Bharat worshipped Shri Ram with pure heart by fixing the image of Shri Ram in his heart and thought and worshipped him as his idol.

Nishad Raj and Sugriv – A perfect personification of the devotion in form of Sakha, are Nishad Raj Guh and Sugriv. As a childhood friend, Nishad Raj Guh offered his simple hospitality on the banks of River Ganga and took care of Shri Ram. Sugriv as the King of Kishkinda offered his entire army for war against Ravan and stood up for Shri Ram as his true friend, thus proving that being a true Sakha is the most delightful form of devotion.

Kevat – Waiting for Shri Ram to come for a long time, and singing glories of him during the wait was the Shravan form of devotion which Kevat, the rishis of Dandak forest and Hanuman fulfilled. By spending their time listening to the stories of Shri Ram and waiting to be blessed by him, they are beautiful example of this devotion.

Mata Shabari – When Shri Ram arrives at the doorstep of Mata Shabari, she washes his feet with her tears of joy, thus paying homage to him in the form of Vandan offering herself at Shri Ram’s lotus feet. With her simple hospitality, she becomes one of the most revered devotees of Shri Ram.

Hanuman – When Shri Ram praises Hanuman as the one who is as dear to him as Bharat, Hanuman humbly falls at his feet and says that he is nothing, but a devout servant of Shri Ram. By offering himself completely to Shri Ram, Hanuman glorifies the Dasya bhakti like none other and they both stand as the best ideal of swami and sevak relation.

Vibhishan – By surrender to Shri Ram, Vibhishan fits in this devotional form in the most explicable way. He leaves his family, kith and kin to seek surrender in Shri Ram and offers himself completely at his service and paves way for the victory over Ravan.

Luv and Kush – Maharish Valmiki taught the Ramayan to his disciples Luv and Kush, who sang it in a melodious way and made the Ramayan imprinted in the hearts of one and all. By singing the glories of Shri Ram and Mata Sita, they fulfilled the Kirtan form of devotion.