It is quite natural that man desires to be rich, but being rich has different meanings. Being rich is not just having material possessions of wealth and property, but to be rich in virtues, values and knowledge. As the son of a great emperor, it is needless to mention the materialistic riches and treasures he had, but what makes Shri Ram unique is not the material wealth he possessed, but the most valuable treasure of virtues that he had as an individual and which made him the Maryada Purushottam.

Shri Ram had a great kingdom to rule along with the wholehearted love of all his people. However, he first sets out to fulfill his father’s promise and leaves to the exile without accepting any kind of favour or comfort from his father or the kingdom during his time of exile. But he takes along his greatest treasures of confidence, determination and faith in Dharma.

Shri Ram was rich in the company of his most two beloved persons, Mata Sita and Lakshman. While Mata Sita was his company of love and affection in the forest, Lakshman took care of all their needs thus making Shri Ram never feel any discomfort in the forest. In the care of these two, Shri Ram sets out to fulfil his purpose in the forest which was to eradicate the demons. His unmatched valour spreads like wild fire and he is blessed by all the great rishis like Bharadhwaj, Atri and Agastya. When Rishi Agastya blesses him with great Astras and Sastras he becomes even richer in terms of knowledge and valour. His determination gives him all the strength to fight the hardships and also send a message to the evil forces that their destroyer has arrived.

Faith burns in Shri Ram like a lamp which gives light not only self, but also its surroundings. Although he was devastated by the separation with Mata Sita in the forest, Shri Ram with the help of his treasure of faith moves ahead in search of her. His faith helps Sugriv gain back his kingdom and meet his eternal devotee Hanuman. Although Ravan had all the riches with him, he had no happiness as he succumbed to lust and greed. On the other hand, Shri Ram’s faith was pure and he stood up for Dharma. His mission was not to conquer the riches of Lanka, but to install Dharma and fight for the respect of the entire womanhood through Mata Sita. 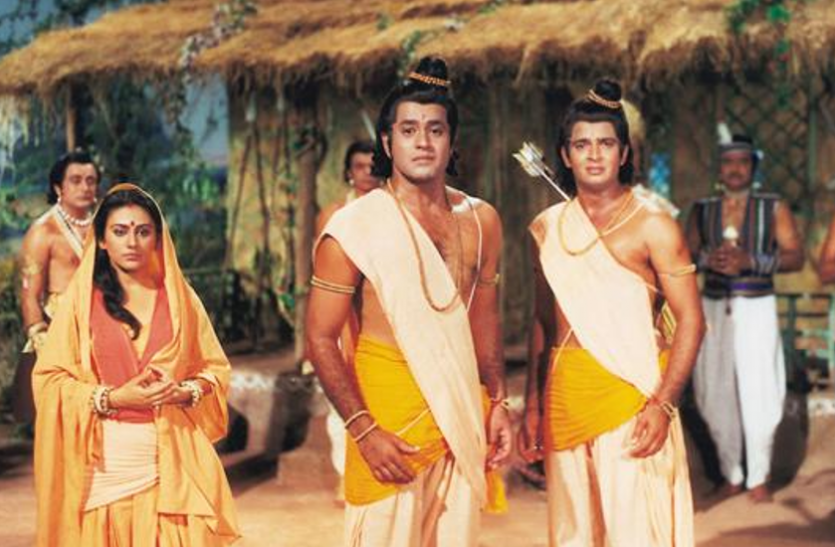 Shri Ram believed that winning back Mata Sita would be to find back his lost treasure of love and worked his way for it. His pure faith and conviction in Dharma makes him achieve success in his mission. After Ravan’s death, without any attraction towards the golden city of Lanka, Shri Ram gives back the city and throne to Vibhishan and the people of Lanka as promised and rushes back to his greatest treasured city which was his motherland Ayodhya.

Shri Ram attests that riches are not the ones which are materialistic, but the ones in the form of virtues and values. If a person in rich in wealth, then only people who are favoured by his wealth surround him, but if he is rich in virtues, then the whole world follows him as an ideal unconditionally and makes him the richest person of the world.