Maharshi Valmiki has immortalised the story of Shri Ram through his eternal Epic of Ramayan. Shri Ram is the treasure of virtues and in each of the Kands of Ramayan, his virtues, the values necessary for a human to be a humane, and how Dharma protects mankind is exemplified through different characters of Ramayan. 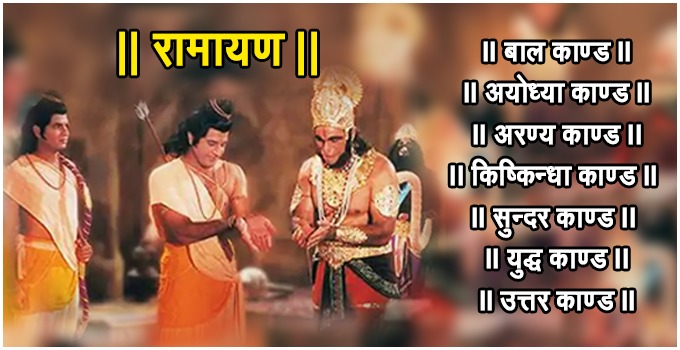 In the first Bal Kand, wherein the birth of Shri Ram, his Gurukul Ashram, his journey with Rishi Vishwamitr and his marriage with Mata Sita is mentioned. This Kand essentially teaches as to how a human can shape his individuality in the growing years through the values of humility and discipline in the Gurukul Ashram. When he accompanies Rishi Vishwamitr, he shows service and gratitude and how knowledge and power shine through them. These are the beautiful qualities which shape the personality of an individual on which the success in the future depends
The Ayodhya Kand teaches the unity in a family is strength. Not only Shri Ram, but all his family stands up to Dharma and pull down the ill minded ideas of Queen Kaikeyi and Manthara. However, it is not through a fight or oppression that they challenge it, but through sacrifice valuing promises and standing up to them. All sacrifice their happiness and stand up to together thus teaching the most valuable lesson of the unity of the family.

The Aranya Kand is all about duty and devotion. As a person who knows to strike balance between joy and sorrow, Shri Ram teaches how a person can make his adversities to his own benefit and also for the others. Through his various visits to the Ashrams of great Rishis Shri Ram gives them the fruits of their devotion through his darshan and also helps them out in getting rid of the demons of the Dandak forest, this proving his duty as a follower of Dharma.

The Kishkinda Kand teaches the most valuable possession of a human is friendship. The friendship of Shri Ram and Sugriv proves that when two true and sincere minds meet, then their friendship is for life. It is only in friendship that one forgets his own sorrows and comes ahead to remove the grief of his friend. Shri Ram keeps up his promise of regaining back Kishkinda for Sugirv while putting aside his sorrow of separation from Mata Sita. Shri Ram is a patient friend while waiting for Sugriv to keep his promise and also a forgiving friend, when Sugriv temporarily forgets his promise of his search for Mata Sita thus fulfilling all traits of friendship.

Hanuman’s courage, faith and strength beautifully come out in the Sundar Kand. While Angad, Jambavan prove motivation and team work in achieving a quest is important, Hanuman proves that faith is the greatest strength. If a person is courageous and truthful, then all obstacles and worries are temporary just as the hurdles Hanuman faces in the Sea.

The Yuddh Kand gives great examples of courage and strength. Shri Ram defeats great warriors of Lanka and wins the battle even without armour on or a chariot to ride only with the virtue of courage. He not only motivates himself but his army too as the perfect leader proving that great leaders are the ones who possess courage to face life at all odds. With such lessons in abundance in these beautiful Kands, the Ramayan paves a path for mankind that when one understands Shri Ram, Dharma is understood and vice versa.