Shri Hanuman is the epitome of devotion. As a source of power, he is the one who gives us energy to deal with problems and his name chant fills one’s mind and heart with courage to face all obstacles. It was this dutiful devotee who first filled Shri Ram’s mind with happiness when he expressed his will power that he would find about the whereabouts of Mata Sita and only return back to him. It is this great warrior who leaped over the Ocean with faith in Shri Ram. It is Shri Hanuman who gaves life to the flickering hope of Mata Sita finding her in Ashoka Vatika and giving her solace that she would be united with Shri Ram once very soon. It is Hanuman who fills Shri Ram’s heart with happiness when he comes back fulfilling his promise given to his master and brings the news about Mata Sita. If not for Hanuman, Shri Ram and Mata Sita would be sunk in despair and he becomes the dearest to both of them for his selfless service and devotion towards them. 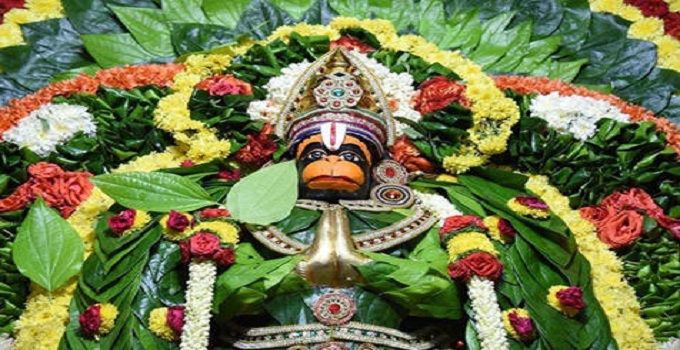 Both Shri Ram and Mata Sita loved Hanuman very dearly and always expressed their happiness and affection to him. Hanuman too made his life fulfilled his purpose of incarnation by always keeping giving their gestures and tokens of affection as the dearest to him. If he adorned Sindoor for the well-being of Shri Ram, then he wore the Betel leaf garland as a symbol of thankfulness to Mata Sita.

After Shri Ram achieved victory in the battle of Lanka, he first sends Hanuman as a messenger to Mata Sita to give her the message that Ravan was killed and Mata Sita was no longer captive and asks Maharaj Vibhishan to make preparations for Mata Sita to be escorted back to him with royal and due honours.

Eager to give the good news to Mata Sita, Hanuman rushes to the Ashok Vatika where Mata Sita was waiting for her grief days to end. When she hears the news of Hanuman’s arrival, she feels elated and wishes to welcome him with warmth and affection. She searches for flowers in the garden, but finds none. However, she finds a Betel plant and immediately plucks all the leaves of the plant and makes a garland out of them. When Hanuman comes and gives her the good news, her heart fills with joy and she gives him the garland she made with great happiness. 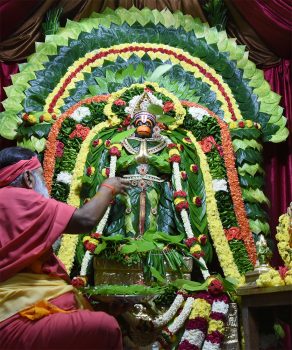