The Hindu Sanatana Dharma mentions various celestials and deities who have a significant role to play in the cosmos. There are countless tales and interesting anecdotes which reveal their reasons behind their origin and importance. All of these tales help us understand their significance and as to how and why we need to worship them for a good life. 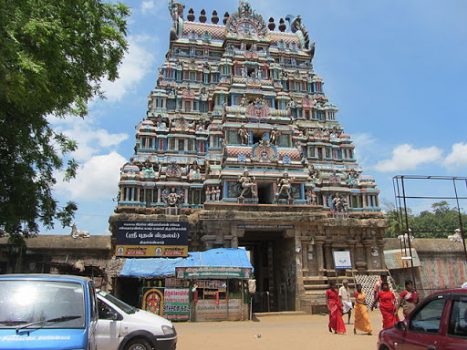 The Navagrahas or the nine ruling planets have the most important role in defining human’s mindset, their personalities which will enable them to gain confidence in themselves and strengthening the positive aspects of the planet on one’s self. The Navagrahas are the demigods and are worshipped to remove the ill effects through their influences on human life.

Brahma Ji had given them Navagrahas the position of demigods and assigned them the task of influencing human life with their movement in the universe. Once a named Rishi Kalava suffered from great illness and no cure gave him relief. Then he prayed to the Navagrahas to cure him of his illness. The Navgarahas took pity on him and cured him of his illness with their powers, But Brahma Ji was upset over this, as the nine planets were never assigned to give boons or grant any wishes as per the rule of creation. Hence, he cursed all of them to suffer from leprosy and go to Earth leaving the heavens. All the Navagrahas were devastated by this but had to oblige Brahma Ji’s command and left for Earth.

After reaching Earth, they performed severe penance on Bhagwan Shiv to cure them of their disease and restore them their divinity. They did the penance for years together and finally, Bhagwan Shiv was pleased with their austerities and took pity on them. He appeared in front of them and cured them of their disease. Pleased with their devotion, he granted them a boon that the place where they observed penance would be a divine spot and belong to them, and mankind would worship them in this spot for positive effects in their lives. He also requested Brahma Ji to forgive them and grant them back their status as before. Brahma Ji duly agreed to Bhagwan Shiv’s request and hence the Navagrahas again attained back a place in the heaven. 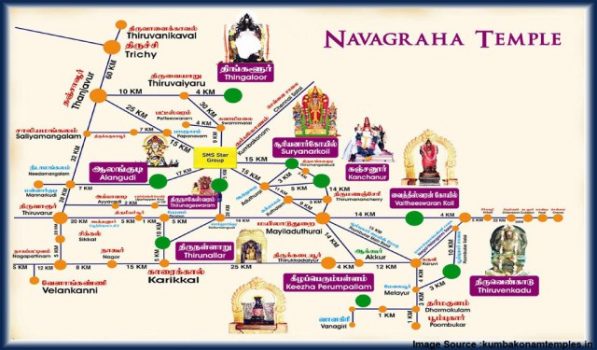 Nine temples came to be built in the places bestowed upon the Navagrahas by Bhagwan Shiv, each one of them dedicated to one planet. In present times, these places are recognised around Kumbhakonam district in Tamil Nadu, where all the nine temples built by the great south Indian Chola Kings.

As a mark of respect and gratitude towards Bhagwan Shiv, the Navagrahas requested him to be their presiding chief who would have control over their moment, influences and position in human’s life. Bhagwan Shiv accepted it with due honour and hence Bhagwan Shiv remains the main deity in all of these nine temples. Hence even today, it is a custom to worship Bhagwan Shiv along with the Navagrahas so that one could get his infinite grace and blessings.