The land of Tamil Nadu is well known for architectural grand temples and rich cultural heritage in varied forms. There are temples of various deities coming down from centuries together and are quite popular for their legends and stories attached to them in various contexts. One such temple is Vaitheeswaran temple in the district of Nagapattinam which is very famous for as the temple of healing and making the devotees free of disease. 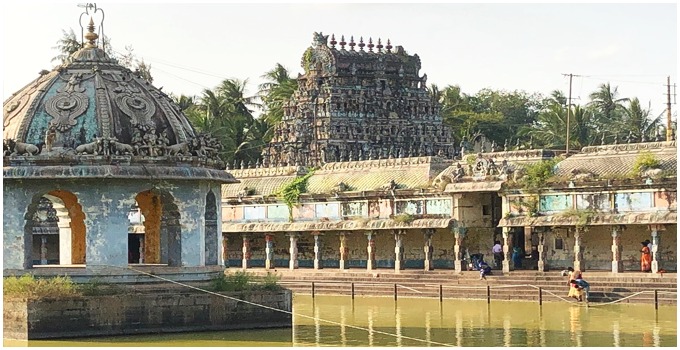 The Vaitheeswaran temple is one of the nine temples of the Navagraha temples which are scattered in the area of Tanjavur, Chidambaram and Kumbhakonam places. This temple belongs to the ruling planet of Angarak or Mars. The presiding deity is Bhagwan Shiv who is known as Vaitheeswaran (Vaidy meaning doctor, Eeswar meaning God). Angaraka was once affected with the leper disease and he prayed to Bhagwan Shiv to cure him of the disease in this spot. Bhagwan Shiv appeared and cured Angarak from his disease and since then the temple came to known also as Angaraka Sthalam. The Shiv Ling in the temple is believed to be worshipped by Shri Ram, Lakshman and Jatayu during exile. There is a pond which is named Jatayu Kundam from whose waters Jatayu worshipped Bhagwan Shiv.

The temple was built by the Cholas, Nayak kings and Maratha kings from the 12 the century to the 18th century and hence has many inscriptions of the contributions of these dynasties recorded on the walls of the temple. It is a huge complex of structures and many devotees throng the temple to seek the medicinal blessings of Bhagwan Shiv. There is a huge Pushkarin (water tank) named Siddhamrit) in which taking a dip removes the negative effects of the body. Because of its medicinal waters, all devotees take a dip in it before having the darshan of Bhagwan Shiv. The pure water in the temple is believed to cure boils, scars and other skin related diseases. 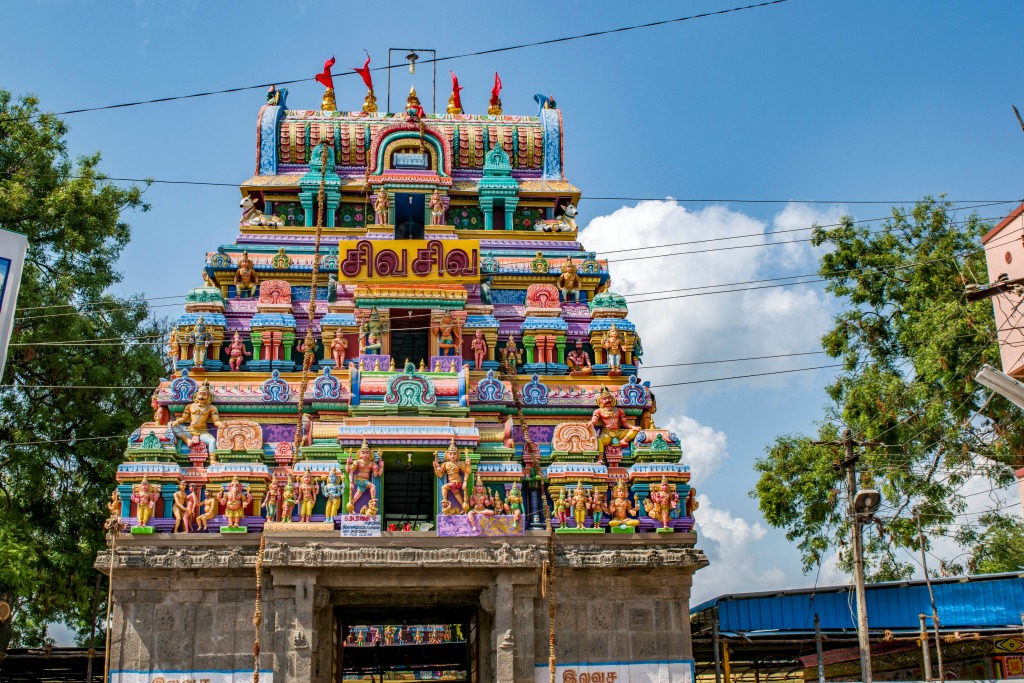 The consort of Bhagwan Shiv here is Bhagwathi Parvathi who is worshipped as Valambigai. She carries a medicinal pot with Sanjeevini oil which is believed to cure diseases when applied on the body. The sacred ash by which Bhagwan Shiv is worshipped is offered as the Vibuthi to apply on the forehead. It is an age old practice that applying ash on the forehead cures water retentions in the body and keeps the mind cool from heat. Every Tuesday, the devotees offer special prayers to Angarak deity who is believed to relieve them from financial crisis. Vaitheeswaran Temple is a popular centre for Naadi Josy ( Nerve Astrology) a popular form of astrology, too where is past is studied and future is predicted by the study of palm leaf manuscripts.