Surya Bhagwan as the giver of light and dispelling darkness is one of the prominent life force in our culture. As a mark of respect, huge temples were built and dedicated to him. The Konark temple in Odisha stands in the honour of Sun God and has a great sacrifice of a young boy who shows that great works are achieved with lots of sacrifice and dedication. 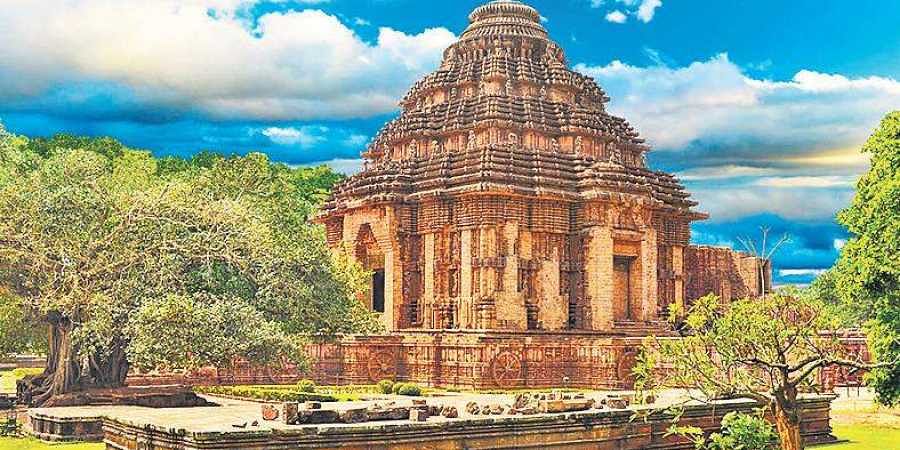 The temple of Konark was built by Kalinga King Narasimhadeva belonging to the Eastern Ganga dynasty in the 12th century. With the motive of welcoming the first sun rays of Sun God, the temple was being constructed on the banks of the sea (present day Bay of Bengal)

The chief sculptor of the temple who was appointed for the same task was Maharana. Maharana left his pregnant wife and home and left for the construction of the temple. In course of time, his wife gave birth to a son Dharmapada, but Maharana was unaware of it as he was engaged in the construction of the temple. Dharmapada grew up and mastered the art of sculpture with great proficiency. At the age of twelve, he expressed a desire to meet his father and with his mother’s permission set out to meet his father.

Travelling far, Dharmapada reached the site of the temple. The temple was in the final stage of construction and Dharmapada was awestruck to see the grandeur on which the temple was being built and hundreds of sculptors engaged in chiselling it to perfection. When Dharmapada goes to see his father, he finds him worried regarding a complicated dial of sculpture which was yet to be assigned on the top of the rook for the temple to be finished. Listening to their problem, Dharmapada immediately tells them the solution for it and solves the problem quite easily. All are surprised at this wonder boy and when enquired, Dharmapada introduces himself as Maharana’s son. Maharana was overjoyed to see his son grow up, walk in his footsteps and feels proud of him.

In the night while Dharmapada, taking a stroll in the temple premises, hears a conversation among few jealous sculptors saying that it was not fair on part of Dharmapada to side line his father and solve the problem. He overhears them saying that Maharana’ s fame was at stake as being the chief sculptor, he could not solve the problem and instead a twelve year old boy did it. Hearing to these words, Dharampada gets distressed and decides to make the ultimate sacrifice. He goes to the roof top of the temple and jumps into the sea and ends up his life, thus to escape from the blasphemy of tainting his father’s fame. The Konark temple stands as a testimony to the sacrifice given by Dharmapada and till date remains as one of the finest temples of India built with sacrifice and selflessness of not only Dharmapada but all those who were engaged in making it one of the finest works of art. The architecture of the temple is as radiant as the Sun. The temple resembles a chariot and faces the rising Sun. The seven horses sculpted represent the seven days of the week, the twelve wheels signify the twelve months of a year and the twenty four wheels are the sundials pointing out the time. This magnificent temple is a World Heritage Site and indeed one of the finest sculptural marvels of India.