Our temples are our greatest heritage centres and they speak volumes of about out great culture and civilisation. The greatest fact is that they are not only famous as the worship places of the Hindu Pantheon, but also as the places of divine knowledge and learning. Falling into this genre are eight temples of Bhagwan Shiv which are built on the same longitude of Earth and in a straight line in the geographical context. This gives us a great insight on our Yogic science utilised in building these temples on the same line so as that the entire region was surrounded with positive energy of Bhagwan Shiv. 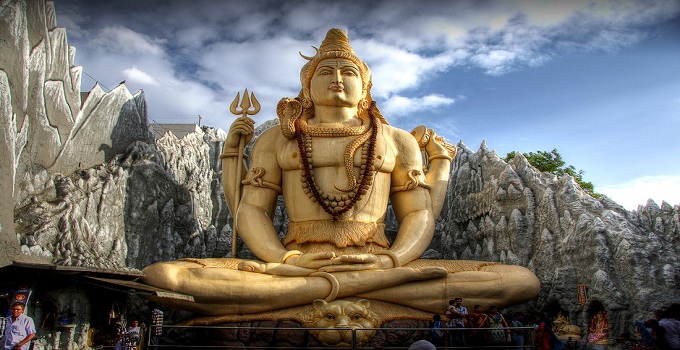 Kedarnath temple – This temple built by the Pandavas is one the coveted temples of the Chardham temples. Built in the high altitude of the Himalayan region, this temple is built on the point where the Earth longitude enters India.

Kaaleswar temple – Located in Telangana State, this is one of the temple dedicated to both Bhagwan Shiv and Yama, as both represent the cycle of life and death. The special feature of this temple is that there are two Shiv lingas worshipped here on one single pedestal.
Sri Kalahasti temple – One of the Vayu Linga temples of Bhagwan Shiv, this temple is located in the Chittoor district of Andhra Pradesh and dedicated to the animal devotees who sacrificied their life in the devotion of Bhagwan Shiv. The temple vibrates with great positive energy just as the lamps of the Shiv Ling which flicker in the air in this temple.

Ekambareswara temple, Kanchipuram – Bhagwan Shiv is consecrated as the Prithvi Ling and this temple is located in the state of Tamil Nadu. This temple is also famous for its divine mango tree which has four branches, each branches which gives different flavoured mangoes .

Jambukeswar temple, Trichy- Bhagwan Shiv is worshipped as the Jala Lingam, representing the water element. The inner sanctum of the temple is always filled with water and the Shiv Ling is worshhiped in the same water. The temple was built by the Chola dynasty.

Arunachaleswara temple – Situated in Tirunvanmalai of Tamil Nadu, Bhagwan Shiv is worshipped as the Agni Linga here. Bhagwan Shiv appeared here in the form of light when Bhagwathi Parvathi closed his eyes playfully and all the Universe was plunged into darkness.

Chidambaram temple – Bhagwan Shiv represents the Akash Linga here and is consecrated as Bhagwan Nataraj, the dancing God. It is in this very place that he had first performed his Tandav dance representing the cosmic energy of the Universe. Not only situated on the same longitude line, but this temple is also believed to be standing on the exact centre of the magnetic field of the Earth too.

Rameswar temple – It was with the blessings of Bhagwan Shiv that Shri Ram had achieved victory in the battle of Lanka and this is the very place where Shri Ram built the Shiv Ling out of sand and worshipped it. This temple stands at the corner of the geographical border of India from where the Ram Setu was built.

It is indeed a great wonder and a factor of pride that these temples though built in different time periods are yet, geographically built in such a way that each of the temple contributes to the positive

energy of the Bhagwan Shiv in a scientific way reflecting our ancient culture, science and knowledge to the whole world.