In a world of good and bad, the evil forces try to dominate but it is the Good which always wins. Ravan’s ten heads which were no match in front of Shri Ram’s ten virtues proves this simple fact which proves the victory of good over evil.

Humility – Pride – Shri Ram’s was known for his humble behaviour which made him dear to all naturally. Ravan on the other hand was more than proud of his achievements and demanded people to respect him. While humility was the strength of Shri Ram, pride was Ravan’s weakness.

Compassion – Indifference – Shri Ram had compassion for all his fellow beings and treated them as his equal. Ravan in the opposite was indifferent and could not accept anybody as his equal. It was because of this indifferent attitude that he was cursed by many which ultimately lead to his destruction in the hands of Shri Ram.

Value for life – Negligence –Shri Ram gave protection to all who were troubled by the evil forces and valued their life as his own. His benevolent thought of asking the Devas to give back life to all the Vanars who died in the battle of Lanka is only a fitting example for this. For Ravan, it was only his life and none other. For his own selfish purpose, right from Marich he lost all the lives of all his kith and kin in the hands of Shri Ram and his Vanar army.

Ideal family man- Disregard for family – Family was everything for Shri Ram which made him give up his own comforts and led a life in the forest. But for Ravan, family was just a name. He put all his family at stake for his own greed, and realised their value only after they were dead.

Ideal husband – lust for women – Shri Ram respected Mata Sita’s word and honour as his own. But, Ravan never regarded the wise counsel of Mandodari and his lust for other man’s wife lead to his destruction.

Ideal Brother – Selfish – If Shri Ram left his kingdom for the sake of Bharat Ravan banished his brother from the kingdom. He never respected good advice from his own blood by which he lost a gentle brother Kumbhakarn and a righteous brother Vibhishan.

Righteousness – Deceit – Shri Ram’s Dharma was the same for friend and foe and he was righteous towards adherence to Dharma. Ravan being the opposite, resorted to deceit all time which lead to his doom.

Calmness – Hot tempered – Shri Ram seldom lost his cool. He was calm and thought with patience before taking an action. Ravan was quick tempered and did not care to give a thought before any action. Had he thought calmly about Shurpanakha’s action, the doom of Lanka in the hands of Shri Ram would have been spared. 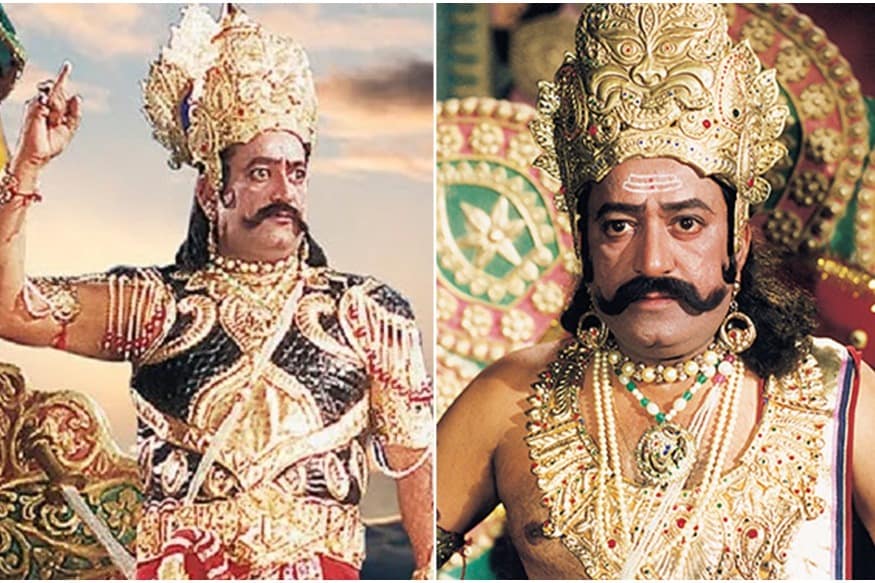 Self-respect – Ego – Shri Ram knew the difference between self-respect and ego. He was a upholder of both his self-respect and family honour ,by punishing Ravan for abducting Mata Sita. Ravan with his ego only got a name as a selfish being and put a taint on his entire family by disrespecting womanhood.

Forethought- No thought – Shri Ram always thought ahead of his time and always acted keeping in view the result in the future. The future had no value for Ravan as he could not think beyond

himself. As a result, except for Vibhishan, none of his heirs were left alive to take Lanka’s future
ahead.