People are often judged on the base of appearance, their speech and the place where they belong to understand their individuality and personality. But, there is one bond which keeps appearances out of its realm and is based only on trust and nobility, and that is friendship. Proving the same, Shri Ram stands as the friend adaptable and ideal for all times as he was the great persona who did not make friendship based on conditions of the society, but fulfilled it on the base of trust of the heart. He stands out in extending his benevolent friendship which broke the boundaries of the typical society in which man lives. His friendship was simple as he kept the rules created by the society out of this pure bond. 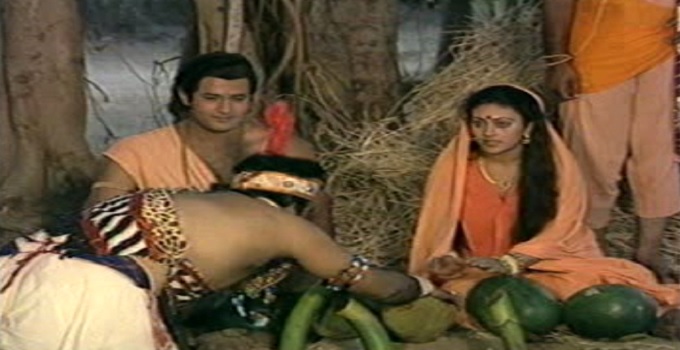 Ranks of the society – As the son of a great emperor Maharaj Dasarath, Shri Ram was among the highest ranks of the society, but instead of being the special prince, he was a people’s man. Shri Ram was friends with all keeping out the boundaries of the inequalities of rich, poor, high and low. He stood true to his word when he kept up the word of visiting his childhood friend Nishadraj Guh. By accepting his simple hospitality, Shri Ram paved the way to the mankind that the boundaries are created by man, but not by Almighty and hence he never followed the discrepancies of the society. For him the position or rank in the society was not important, only the pure heart was.

Origin of birth – Friendship is the only attribute which can be between man and animal, bird and beast, pauper and prince. Shri Ram extends his hand of friendship not only with all sections of the society, but to birds and animals too, who were devoted to him. His friendship with Jatayu, a vulture proves his compassion with not only humans, but also birds and animals. He respects Jatayu as equal to his father and liberates him from the cycle of birth and death. The origin was never important to Shri Ram as he believed friendship is made on faith, but not on the basis of to what genre one belongs to.

Community to which one belonged – The community to which one belonged to never mattered to Shri Ram. He was a prince and he was given the highest standards of living in Ayodhya, yet he was friends with the Vanars who were forest dwellers and Vibhishan who belonged to the demon race. Shri Ram gave preferences only to the Dharma they followed, but never to the community which they belonged. His friendship with Sugriv and Vibhishan stands as a testimony that when people have trust on each other, that becomes their greatest foundation of friendship. Shri Ram puts away all the rules of the society that friendship can be only between the same communities and with his noble behaviour erased all boundaries of the society based on communities.

Friendship is a virtuous gift given by the Almighty to nurture and cherish bonds beyond family. To prove the same, the Almighty as Shri Ram fulfils it in the same way he created it filling it with faith trust and affection instead of the norms of the man-made society. This pure quality makes him the friend of the entire creation till times everlasting.