As the preservers of the world, Bhagwan Vishnu and Bhagavath Lakshmi , incarnated as Shri Ram and Mata Sita for destroying Ravan and his evil forces and preserve the Dharma of the worlds. After killing Ravan, with their purpose fulfilled, the time comes for the divine couple to be re united again, but had to undergo a difficult situation before they were together again. 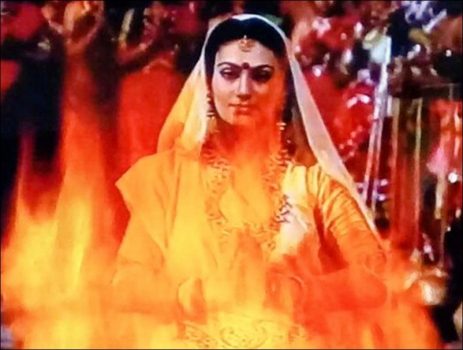 Although Valmiki Ramayan does not mention, the Padma Puran mentions the reason of Mata Sita’s trail of fire. During their stay at Panchavati, Shri Ram realises that the time has approached for the actions to take place for Ravan’s end. He entrusts Mata Sita in the protection with Agni Dev so that she does not get tainted because of Ravan’s deeds, while a Maya Sita comes in place of her and plays her role in a way pre decided for Ravan’s doom. Shri Ram then, goes through all hardships to reach Lanka and fulfils the duty of karma and preserve Dharma. After killing Ravan, Shri Ram sets the trail of fire to get back his real Sita and also as an opportunity to set the standards and sacrifices of a king, which are higher than that of a husband.

Mata Sita approaches Shri Ram with due honours, but is stopped by the harsh words of Shri Ram that she has to undergo a trail of fire. Mata Sita’s is shocked by his words and asks Shri Ram that is this for the very reason he waged such a great war and come all the way long. Shri Ram says that he had done it for Dharma and she is free to go as she wills. Shri Ram as the King of Ayodhya had to keep in view his people’s criticism and not give a chance for anybody to speak against his act of accepting Mata Sita after abduction. Hence, he underwent all rebukes and the criticism as a husband, who put his wife to test. Mata Sita as his true companion understands this and gets ready to sacrifice her life in fire. As a woman, by getting ready for the trail of fire, she sets the highest example of self -respect and will power that a virtuous woman overcomes any taint on her with great courage.

Mata Sita asks Lakshman to prepare a pyre of fire. Shining as bright as a pious flame, Mata Sita enters the pyre and immolates herself. As the fires consumed her, all of them wept bitterly. They were shocked and angry with Shri Ram’ decision. Suddenly, the fire cools down and Agni dev appears in a human form with Mata Sita who was radiant than even before. While Shri Ram rejoices that his beloved is back, Agni Dev comes and offers Mata Sita’s hand to Shri Ram, saying that with the touch of Mata Sita, he has been purified of all the impurities and is thankful to both of them. 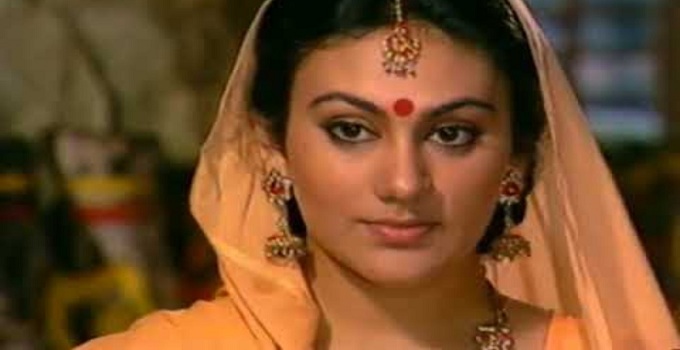 Mata Sita successfully delivers a message to the whole world that purity of the heart and mind can never be tainted and true love gives courage to face any difficult problem. Shri Ram himself takes the criticism to show Sita’s chastity to the world and to prove her undeterred love for him. Both play their role required and finally after a long gap of grief and turmoil, the divine couple are united with each other and rejoice with great happiness and love for each other.