Lakshman is the very life of Shri Ram. In one occasion, Mata Sita mentions that both cannot live without each other even for a minute, which depicts the love between both the brothers. Lakshman is ever faithful and devoted l to Shri Ram with unconditional servitude.

Lakshman is so attached to Shri Ram that he cannot take any word against Shri Ram and immediately reverts back. At such times, it is only Shri Ram who can calm him down and none else. Lakshman’s life purpose is to do whatever his brother commands. However,  there are three instances in his life wherein he disobeys Shri Ram’s command, but for a reason.

As part of Ravan’s plan, the demon Maricha turns into a golden deer and lures Mata Sita. On her request, Shri Ram goes in its pursuit. Before leaving, Shri Ram orders Lakshman to safeguard Mata Sita and not to leave her alone under any circumstances. Lakshman as usual agrees to it. However, destiny plays a different game. Shri Ram kills the deer. Before dying, Maricha calls out for Lakshman and Mata Sita for help in Shri Ram’s voice. Listening to this, Mata Sita panics and asks Lakshman to go in search of his brother. When Lakshman refuses, Mata Sita gets furious. She blames him that while one brother snatched away Shri Ram’s kingdom, the other wants to take his wife too. Deeply hurt and unable to bear the blasphemy, Lakshman disobeys Shri Ram’s command for the first time, leaves Mata Sita alone and goes in search of his brother. This incident becomes the turning point and ends  up with Ravan kidnapping Mata Sita.

After a futile search and a battle of Shri Ram and Ravan, Ravan meets his end. Shri Ram sends for Mata Sita to return back to him with due honours. However, he asks Lakshman to prepare a fire trial through which Mata Sita has to pass. Lakshman is first surprised and later furious with this command from Shri Ram. He believes that Shri Ram is testing her chastity and is upset with his brother. He refuses to do it and for the second time disobeys Shri Ram’s command.. When Shri Ram explains that it is not a chastity test, but a lila to get back the original Mata Sita from Agni dev, only them does Lakshman calm down and asks his brother for forgiveness. 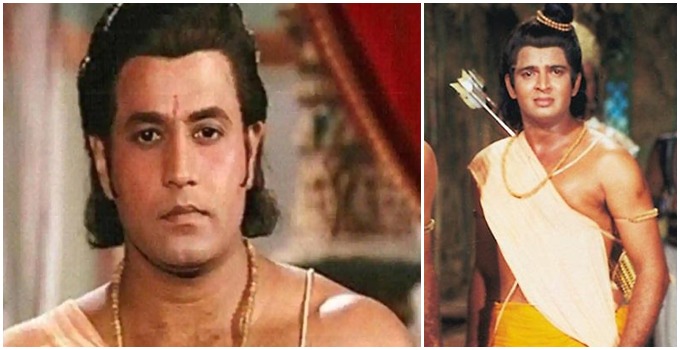 The third instance is when it is time for Shri Ram to return back to Vaikunth Dhaam. Yamraj, the god of death comes to Shri Ram in the form of a Brahmin and calls for a confidential meeting. Shri Ram agrees to it and put Lakshman on guard and orders him that whoever enters will be put to death. When Shri Ram is discussing his return with Yamraj, Rishi Durvasa comes for a darshan of Shri Ram. When Lakshman requests him to wait for a while, Durvasa gets anger and gets ready to curse the Raghuvamsh. Lakshman believes that it is better that his life is sacrificed rather than the whole Raghuvamsh. He disobeys Shri Ram’s order and enters Shri Ram’s chamber.. Shri Ram is shocked by this and when asked for counsel, he is advised to banish Lakshman from Ayodhya, instead of death penalty. Shri Ram does it with a heavy heart and Lakshman leaves his mortal body in the Sarayu River and gets back to Vaikunth in his Seshnag form, thus prepared to welcome Bhagwan Vishnu to his real abode.