Ramayan is an epic with innumerable insights into life. The beauty of Shri Ram’s life is that every person can relate it to their own in some context or the other and draw inspiration from it. Ramayan gives strength to face challenges, overcome obstacles. It depicts the happiness of being together and the joy of sharing and caring for one another. 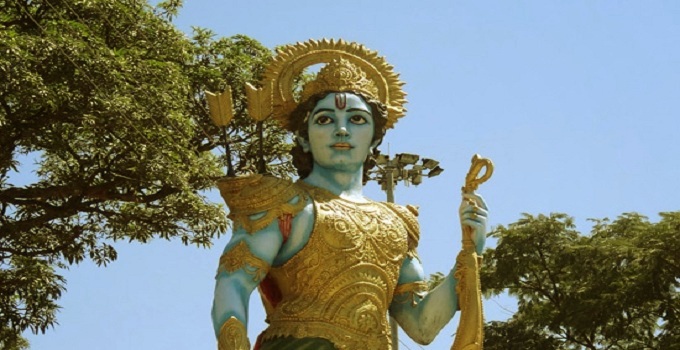 The nobility of Shri Ram is that he accepts the love and devotion of all of them without any prejudice. Be it a tribal friend, a flesh eating bird, a tribal old lady or a monkey, he treated all with great love and affection and never showed any differentiation on the basis of their birth, size or nature. All were blessed and showered with his affection and they were his devoted admirers ready to give their life for his cause. One such little admirer and devotee was a tiny squirrel who admired Shri Ram more than its own life.

After Hanuman came back with the news of Mata Sita held captive in Lanka, Shri Ram along with Lakshman and the great monkey army march to Lanka. To cross the mighty Ocean, Shri Ram decides to build a bridge and all the monkey army with great warriors like Sugirv, Angad, Jambavan, start building the bridge under the leadership of Nal and Neel. A little squirrel was on the great shores of the Ocean watching the huge enthusiasm and uproar of the monkey army in building the Ram Setu to bridge the mighty waters and reach Lanka. It saw huge mountains being shattered into pieces, trees being uprooted and thrown into water with great strength and energy.

Being an ardent devotee of Shri Ram, the squirrel wanted to help him and be a part of the noble cause. Although a tiny creature in size of a palm, it started pushing little pebbles with its back into the water. Few of the monkey warriors noticed its work and warned it to be out of their way, lest it gets crushed under the mighty rocks. But, the squirrel did not lose heart, and it went and rolled itself in the sand, so that the sand got stuck to its fur, and then went to the gaps of the bridge and loosened its fur, for the sand to fill the gaps of the bridge.

The little squirrel went on doing this relentlessly till it lost its stamina. Yet, it moved slowly as much as it could and did not stop its work. When it was totally tired, Shri Ram who was watching the efforts of the tiny one since long came to it and held it in his hand. Then very affectionately, he rubbed on the back of the squirrel with his fingers. With his gentle rub, all the fatigue of the squirrel vanished and it was bounced back with energy and strength. Very humbly, the squirrel bowed to Shri Ram with heart filled with happiness for its swami. The gentle rub of Shri Ram came to be forever on the back of the squirrel race since then. 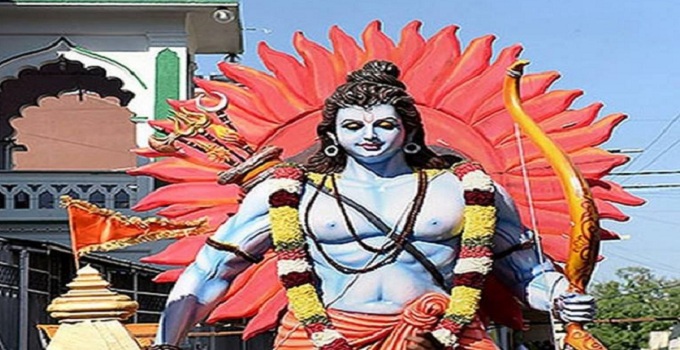