Rishi Vishwamitr is quite famous for his bonding with Shri Ram, where he plays a significant role in grooming Shri Ram to fulfil his purpose of his birth and also meet his beloved Mata Sita. However, it was not only with Shri Ram that Rishi Vishwamitr had a special bond, but with many of the ancestors and the kings of the Raghukul dynasty, out of which one king was King Trishanku. 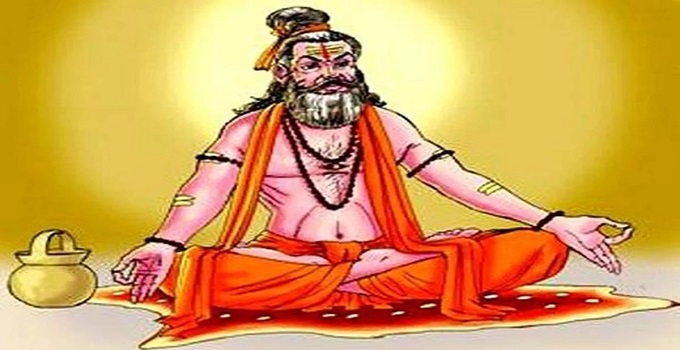 King Trishanku was a righteous king of the Ikswaku dynasty who ruled his subjects very dearly. Although he followed all the Vedic rituals and rules necessary for a pious life, he had a strange wish of going to heaven with the mortal body. He approaches his preceptor Rishi Vashisht and expresses his desire and asks him to help him go to heaven with his mortal body.

Rishi Vashisht is surprised and tries to explain that the task was impossible, as it was only the soul which was pure, but not the mortal body which perishes and it was only through the soul one could enter heaven. But Trishanku does not get convinced and insists upon going to heaven with his body. When Rishi Vashisht firmly refuses, Trishanku gets angry and gets up to punish Rishi Vashisht. Upset with the king’s arrogance, Rishi Vasisht’s son curses Trishanku to become a Chandal, an untouchable.

Trishanku is dejected, yet does not leave his determination and approaches Rishi Vishwamitr, who at that time was the arch rival of Rishi Vashisth and performing penance to be as superior as Rishi Vasisht. When Rishi Vishwamitr listens to the wish of Trishanku, he feels that this would make him greater than Rishi Vasisht and agrees to send him to heaven with the mortal body. Rishi Vishwamitr promises Trishanku his desire, offers all the power of his penance performed for several years and sends Trishanku to the heavens. However, he gets a setback as the Devas deny entry to Trishanku as his desire was not righteous and push him back to earth.

It is hence believed and told by our elders that when one cannot take a decision properly or is in a dilemma regarding good and bad, he or she is in the Trishanku Swarg hanging indecisively, instead of being firm and taking the right decision. It is indeed the greatness of Rishi Vishwamitr who gave us such insights through his life, and also our little stories from the Puranas which guide us to walk in the right way through their knowledge and teach us to be ethical and righteous in our life.