Truth is the most difficult virtue, yet makes the follower of it an inspiration to all mankind. Truth is always put to test. The one who faces the test not only wins the adversity, but also makes a lasting impression for mankind to follow his path. The greatest challenges of truth were faced by Shri Ram and his family, where all of them stood and faced it boldly. Irrespective of their personal life taking adverse turns. Shri Ram reflects the image of truth and thus, Ramayan is the epitome of truth since times eternal.ImageSource

The essence of truth lies just not in speaking it, but also following it in all times. Shri Ram’s truth is put to test, when it is up to him to fulfil the boons that Maharaj Dasarath has given to Queen Kaikeyi. The greatest test of truth comes only in hardships, and although he could avoid those hardships, he instead accepts them and stands for truth.

Maharaj Dasarath loved Shri Ram so dearly that he could not live without Shri Ram. But, his stand for truth is put to test by Queen Kaikeyi. To fulfil her boons, Maharaj Dasarath prepares himself to face the truth that he will be departed from his dearest son. But, he does not step back from denying the boons as he believed in truth. He forgoes his life because of separation from Shri Ram, but does not leave following truth till his last breath.

The greatest test of truth is the one which Bharat undergoes. Before leaving to the forest, Shri Ram wholeheartedly gives the kingdom to Bharat. But Bharat as an ardent devotee of Shri Ram also stands for the truth. In fact, Bharat re-instates the truth to Queen Kaikeyi that it is only Shri Ram who is actual heir of the kingdom, and imposes upon himself self-exile. His sacrifice is so great, that Shri Ram calls him the representation of Dharma and the greatest brother of all four.

Lakshman’s greatest truth is his adherence to the service of Shri Ram. His greatest happiness lies in serving his brother day and night in the forest, but not in the comforts of a palace. His truthful service to Shri Ram is so great, that it gives him immense strength to fight the greatest warrior of the demon clan, Indrajeet. With a vow of truth, Lakshman aims his arrow at Indrajeet and says that if Shri Ram always speaks the truth, and he has served his brother truthfully, then the arrow which he aims at Indrajeet would kill him and it did, making him win in the test of truth. 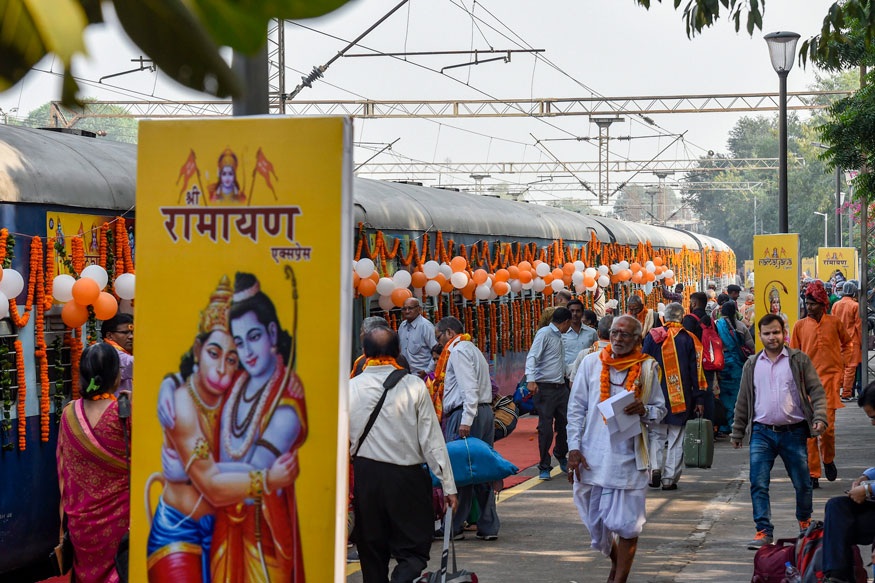 Truth becomes the strength of Mata Sita in testing times. Following her greatest belief of Shri Ram as her life breath, she goes through immense hardships in Lanka, but does not remove her thoughts of Shri Ram. The love for Shri Ram is the ultimate truth of her life, and that is what she believes in. When she is asked to go through the trail of fire, it is the same truth which supports her and delivers her again back safely into the hands of Shri Ram.

As Shri Ram says truth controls this world, puts it to test and the truthful one emerges the winner. With this belief not only Shri Ram, but his entire family won the test of truth which will be forever remembered in all phases of time.