Whenver the evil powers are at their exalt force to hinder Dharma, the Almighty incarnates as a power to finish them and re-establish Dharma arises. In this purpose, the entire Universe plays a role in aiding the Almighty and creates situations which eventually lead to the downfall of the evil forces. The Ramayan is the greatest example of the same where Bhagwan Vishnu incarnated as Shri Ram in the human form, Seshnaag as Lakshman, the souls of Devas as the Vanar warriors and many more. While all these aided Bhagwan Vishnu in eliminating Ravan, the major role was by Vedavathi who herself was an incarnation of Bhagwathi Lakshmi and re born as Mata Sita. It was for the curse and vow taken by Vedavathi that destiny made Ravan capture Mata Sita and lead to his own downfall. 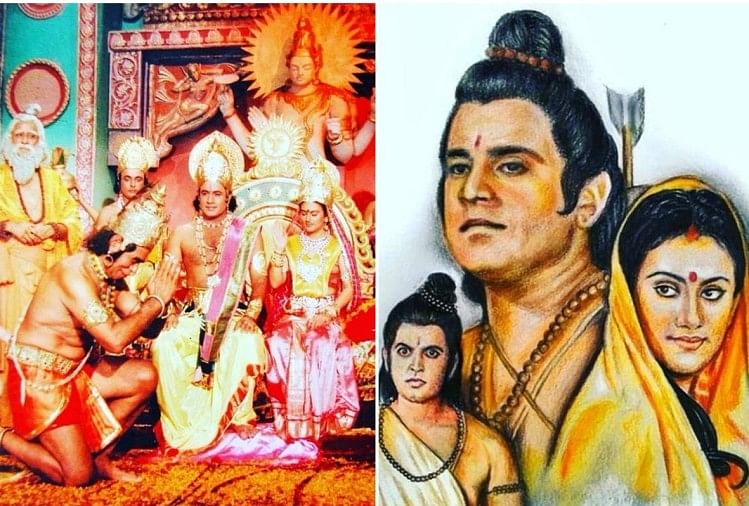 In the mission to eliminate Ravan, Bhagwan Vishnu understands the role of Bhagwathi Lakshmi as asks her to be born as Vedavathi as he knew that only a woman would lead to the circumstances of Ravan’s doom. Bhagawathi Lakshmi hence was born in the ashram of Kushadhwaja, son of Rishi Brihaspati during the auspicious time of chanting the Vedas, and hence named Vedavathi. Since then, she devoted herself to the penance of Bhagwan Vishnu seeking him as husband.

One day Ravan while roaming in his Pushpak sees Vedavthi engrossed in penance and gets captivated by her immense beauty. He proposes to her but Vedavathi refuses it. Enraged, Ravan drags her with her hair and tries to abduct her forcefully. But Vedavathi becomes furious and cuts off her hair. Feeling impure with the touch of Ravan, Vedavathi prepares a fire and before entering it curses Ravan that she would be the cause of him and his entire clan be being reborn in his own city of Lanka.
Ravan forgets about this incident, but destiny does not. Once while Ravan was taking a siesta in his garden, he notices a golden lotus in the pond and to his surprise sees a small girl child in the lotus. He calls for his Guru Sukracharya and asks about this strange incident. With his foresight, Guru Sukracharya realises that the child is none other than Vedavathi and asks Ravan to immediately send her away from Lanka. Remembering the curse, Ravan orders Vibhishan to kill the child immediately.

As a virtuous person, Vibhishan does not get the heart to kill the little girl. On the shores of the Ocean, He prays to Samudra Dev to safeguard her, thus playing his role in saving the child. The king of Oceans happily agrees and in turn gives the child to Mother Earth requesting her to the needy action required for the young child to reach the right place.

Realising her important duty to fulfil the responsibility in the great mission, Mother Earth puts the child in front of the plough which Maharaj Janak was using during the course of a sacred Yagna. When the plough stops with something obstructing it, Maharaj Janak dugs and is immensely surprised and happy to find a small girl in it. Taking it to be divine task of raising the child, he owns her as his daughter and names her Sita. Thus, Vedavathi reborn as Sita is born later on went to marry Shri Ram and further become the very reason for Ravan and his entire clan meet their end. Born with a purpose she fulfills her role in the divine Lila played by Bhagwan Vishnu.