Vidur, the intellectual and the righteous character in Mahabharat is well known for his elaboration on Dharma and highly knowledgeable in all the aspects of Dharma as he was none other than the god of Justice Yama reborn. This story of Vidur is mentioned in the Matsya Puran. 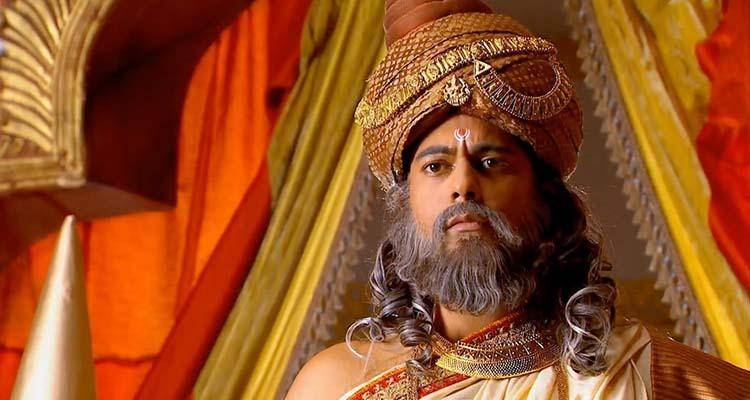 There was once a Rishi Mandavya who belonged to the Bhargava Gotr. Once when he was is deep meditation with a vow of silence, few thieves who were pursued by the soldiers came to his ashram. Seeing the Rishi in deep meditation, the thieves left their loot in the ashram and ran away from there not be caught red handed.

After sometime, the king’s soldiers came searching for the thieves and found the loot Rishi Mandavya’s ashram. They mistook that the Rishi for the thief and took him to the king. Rishi Mandavya did not utter a word as he was in the vow of silence. The king without trying to know the truth ordered the Rishi to be impaled by a snake. However, because of the righteousness of the Rishi, although the snake hurt him, he did not die. When all the other Rishis of the Ashram came rushing and explained the real truth behind it, then the king realised his hasty action and asked for forgiveness from Rishi Mandavya. The Rishi forgave him, but was upset with the God of justice, Yama that he was punished for no fault of his.

Rishi Mandavya approached Yama and asked him the reason for his punishment. Then Yama answered that the Rishi had hurt insects and bees in his childhood. Yama mentioned that a sin is a sin even though committed unknowingly or deliberately and hence Rishi Mandavya had to undergo the punishment by the king for his childhood acts.

But Rishi Mandavya was not satisfied and upset with Yama that he punished the Rishi with a severe punishment for a sin he had committed as an ignorant child. The punishment exceeded his sin and was disproportionate. He became upset with Yama and cursed him to be born as a human in the Bhulok.

Thus Yama was born as Vidura, through Rishi Ved Vyas to the maid of Ambalika, the wife of Vichitrveery of Hastinapur. Vidur was one of the finest exponents of Dharma and was truthful and righteous in conduct for his whole life in the service of Dhritarashtr as his minister in Hastinapur. He was a secret guide to the Pandavas in keeping them out of danger whenever Duryodhan wanted to harm them. He always warned Dhritarashtr of the consequences of supporting Duryodhan for his sinful acts. It was because of his righteousness that Bhagwan Krishna chose to stay at his humble abode instead of the royal palace during his mission on behalf Of Yudhishtir of peace treaty before the war.

After the great war of Kurukshestra, he accompanied Dhritarashtr, Gandhari and Kunti to the forest for Vanaprasth and ended his incarnation during that time. Vidur remains to be known as one of the highly intellectual minds in matters of governance, polity and dharma. His intellect is often referred as a metaphor “Vidurneeti“ even till date which is just one of an example denoting his intellectuality and wisdom.