A human life is considered as the most gifted life and when the human pursues great knowledge and skills to make his life more meaningful, and then it becomes a greatest boon. It is never easy to achieve a task, however it requires even more diligence to be worthy of it and keep up with the success by being humble about it rather than lauding about it. An understanding about the same is seen in Ramayan where Ravan was given the Chandrahas sword by Bhagwan Shiv, yet failed to respect its value and misused it. As a result, the divine sword was of no use to Ravan when he needed it the most. 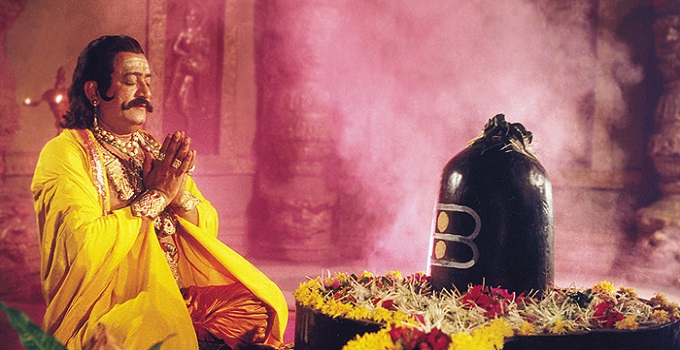 The Chandrahas sword was granted to Ravan by Bhagwan Shiv, when Ravan impressed Bhagwan Shiv with his valorous act of lifting the Mount Kailas which made the yielder invincible. However, Bhagwan Shiv warned him that the sword would return back to him if it was misused. With the Chandrahas sword and the boons given by Brahma Ji, Ravan becomes the mightiest of all warriors and conquers the whole worlds. However instead of feeling grateful for the divine weapons and boons, he starts developing ego and false pride and starts boasting about his power.

Ravan forgets the valuable lesson that talent of an individual should be recognised and praised by others, but never by self as it denotes pride and always leads to downfall.

With such pride, Ravan uses the sword Chandrahas during his fight against Jatayu. The mighty, yet noble bird advises him not to abduct Mata Sita. But Ravan does not pay heed to his words and attacks him. Jatayu fights with all his might and makes Ravan unconscious. But giving respect to the rules of warfare, Jatayu waits for Ravan to come back to his senses. However, with a fear that Jatayu might overpower him, Ravan disregards the rules of battle and cuts the wings of Jatayu with the Chandrahas. Ravan moves ahead thinking that he has won, leaving Jatayu badly wounded. What he misses is the factor that the moment he used the divine sword of Bhagwan Shiv for a selfish motive, it had stopped answering to his command.

Later in the turn of events, when Shri Ram encounters Ravan in the battle of Lanka, Ravan gets ready to fight Shri Ram in the battle field and uses all his weapons on Shri Ram, but all fail in front of the mighty valour of Shri Ram. However, adamant with pride, Ravan uses the Chandrahas again on Shri Ram. But respecting the stand of Shri Ram for Dharma, the sword the Chandrahas does not attack Shri Ram and returns back to Bhagwan Shiv, making all the effort and might of Ravan in gaining the sword useless.

The Chandrahas sword is like the benefits which humans as individuals achieve with determination. However, when the same benefit is taken for granted, it does not help at the utmost time needed and all the effort goes waste. Being lucky and worth a benefit is a move ahead in life and even more important is safeguarding such benefits with diligence and humility which is much needed to be remembered to be successful in life.