There is none who can escape the illusion of Maya and every life has to go through this illusionary cycle. However, the one who realises that it is an illusion, but not the truth of life is the one who overcomes it. A story which teaches the same is that of Rishi Narad and Bhagwan Vishnu. 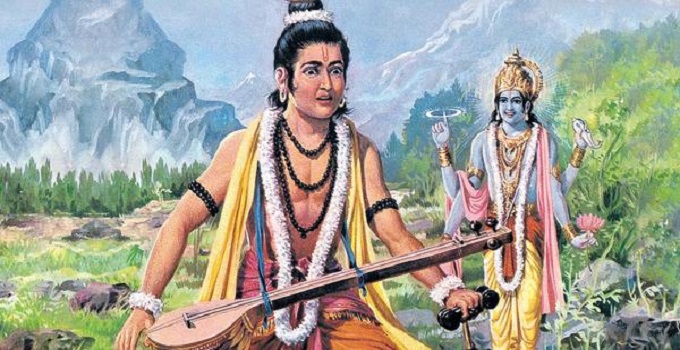 Once Rishi Narad was in deep penance and Devraj Indr sent Manmadha to disturb his penance. Manmadha tries in all ways to disturb Rishi Narad’s penance, but fails. Manmadha appreciates the sage’s control over senses which gives pride to Rishi Narad that he was above the cycle of Maya. He goes to Bhagwan Vishnu and boasts about the same. Bhagwan Vishnu simply smiles and says nothing. Rishi Narad takes this as a sign of accomplishment and leaves Vaikunth Dhaam.

On the way to Earth, Rishi Narad notices a beautiful city and decides to visit it. He is welcomed by the king of the city Sheelanidhi who takes Rishi Narad to his palace and introduces his daughter Srimathi. Rishi Narad gets enchanted by the beauty of the princess and immediately falls in love with her. The King requested Rishi Narad to attend her swayamvar which was a few days away as a guest and bless her in finding a suitor for her. Rishis Narad agrees and stays with the king.

Totally in love with Srimathi, Rishi Narad wishes to marry her. Fearing that she may not select him for his looks, he prays to Bhagwan Vishnu to give him the face of “Hari” so that she falls for him, little forgetting that the meaning of Hari also meant monkey. Bhagwan Vishnu appears in front of him and grants him his wish. Rishi Narad is pleased that now Srimathi did not have any chance to reject him.

On the day of the swayamwar, all the kings assembled as suitors and Rishi Narad entered the swayamvar sabha. As soon as he entered, all the kings started laughing. Rishi Narad wondered as to what was so funny and awaits the princess. Srimathi comes to the sabha with a garland in her hand and starts approaching all suitors and rejects all of them. Rishi Narad expecting Srimathi had no chance of rejecting him, lowers his head for her to garland her, but is surprised that all are laughing at him. He realises that all were laughing at his face and is surprised to find that it was turned into a monkey faced one. He is enraged at Bhagwan Vishnu and calls for him. When Bhagwan Vishnu appears, Srimathi immediately rushes and garlands Bhagwan Vishnu as she had chosen him to be her husband.