The Lilas of Gods are unknown, mysterious and surprising. It is the almighty who can perceive why he acts upon a situation in a different way. It is only through complete faith and true knowledge that one can understand the hidden meaning behind his Lilas. One such incident was when Shri Hanuman was challenged by Bhagwan Ganesh and how Hanuman dealt with the challenge understanding his Lila.

After winning over the battle of Lanka, Shri Ram and Mata Sita wanted to pray to Bhagwan Shiv before they started for Ayodhya. Shri Ram asks Hanuman to get a sacred Shivling for the same from Mount Kailash. The dutiful devotee sets out on the task and reached Mount Kailash. He finds a small boy guarding the entrance of Mount Kailash and asks him permission to go inside. But the young boy refuses and asks him instead as to who was he that he dared to come to the abode of the Bhagwan Shiv.

Instead of boasting of his own identity, Hanuman humbly answers that he was devotee of Shri Ram whose power and fame had spread all over the three worlds and mentions that he had come to collect a sacred Shivling for Shri Ram’s worship. Listening to this, the boy starts laughing out loudly. With slight anger, Hanuman asks the boy the reason behind his laugh. The boy answers that he had heard of many great stories of the strength of Hanuman and was he really the same. He also mocks whether Shri Ram was really as powerful as mentioned by Hanuman and asks him to narrate his great accomplishments for him to believe so. Hanuman is surprised and also angry at the behaviour of the young boy, but composing himself, he mentions all the great feats accomplished by Shri Ram and also says that all his strength was also because of Shri Ram’s blessings which itself showed the power of Shri Ram.

Bhagwan Ganesh replies that when he heard about the glories of Hanuman through his father, he wanted to listen to the deeds of Shri Ram through Hanuman itself and also see Hanuman in his magnificent Panchamukha form. For this he took the opportunity knowing that Hanuman was coming to Mount Kailash. Bhagwan Ganesh then gives Hanuman the sacred Ling of Bhagwan Shiv and asks him to give it as a holy offering to Shri Ram from his side. The same Shivling is worshipped alongside the one made out of sand today in the Rameshwaram temple. 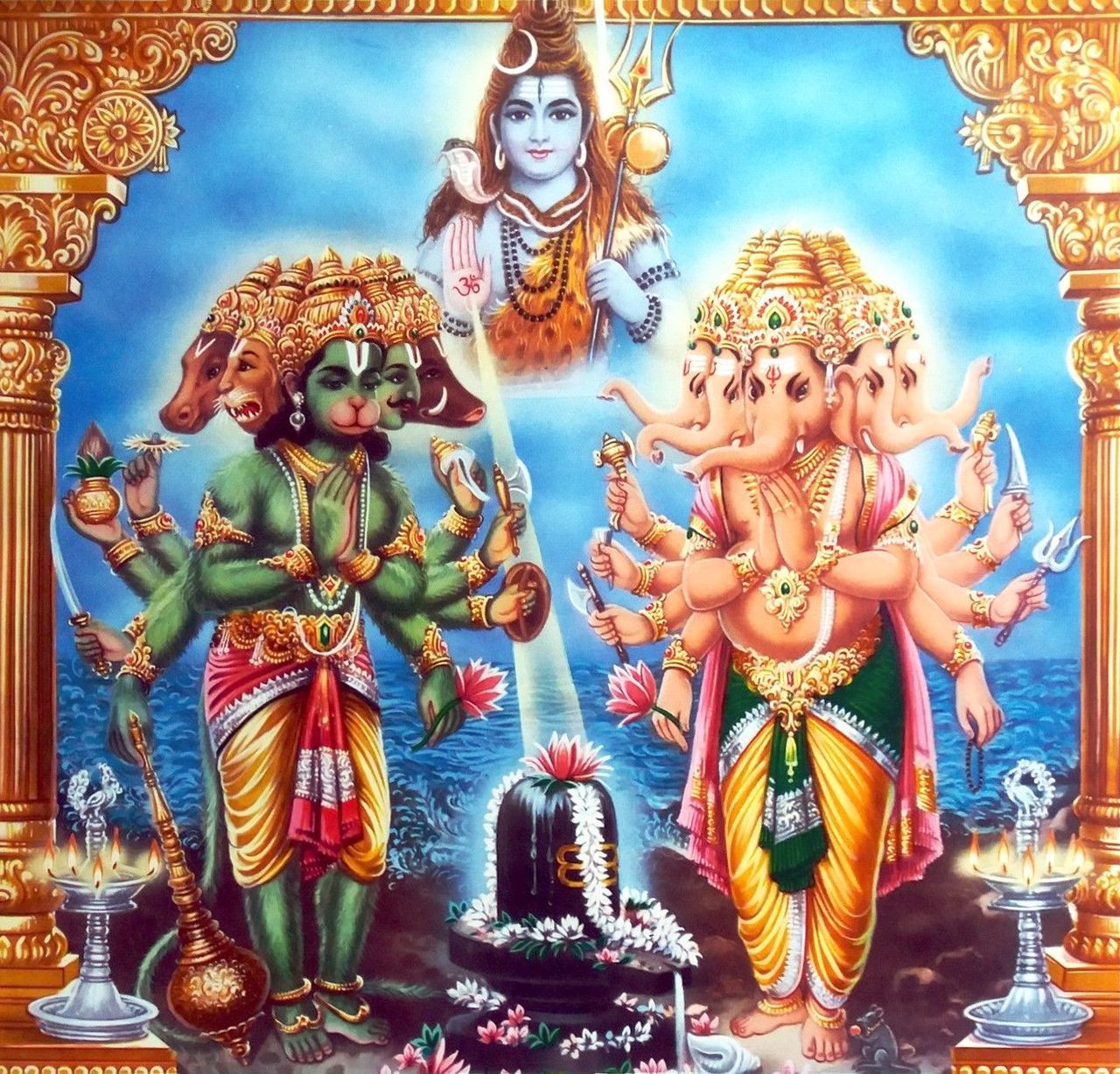 The Panchamukha Avatar of Bhagwan Ganesh and Hanuman are worshipped to gain control over the five senses and hence mostly seen in the courtyards of temples wherein one purifies themselves of their senses with their darshan and enters the temple with a pure heart.