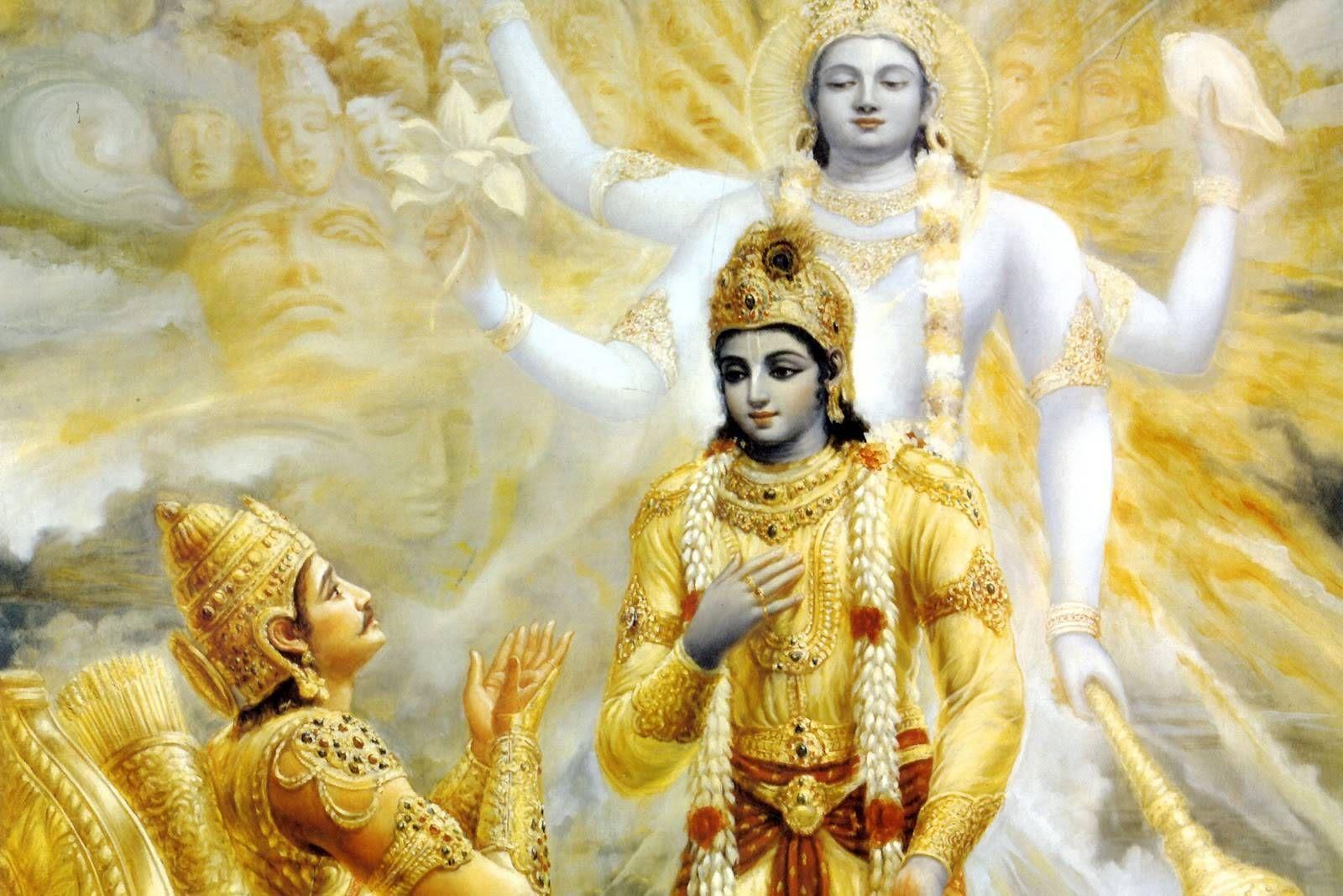 Suddenly they hear a voice shouting for help. They see a Brahmin crying in front of the palace and ask him the reason for the same. The poor Brahmin replies that he was being troubled the god of death Yama wherein all his children were disappearing as soon as they were born. Now that the fourteenth child was to be born, he approached Shri Krishna’s to save his child. But, Shri Krishna remains silent. On the other hand, Arjun gets furious and makes a promise that he would save the Brahmin’s child. He goes to the Brahmin’s hut and covers it with huge load of arrows that none can enter it. Both the Brahmin and Arjun hear the wailing of the new born child, but when they go inside, they see that the child has disappeared. Arjun is surprised that how could one enter the hut when covered by his powerful arrows. The Brahmin ridicules Arjun for his failure. Arjun becomes adamant and says that he would save the next child of the Brahmin and lest he fails, he would jump into fire and give up his life.

Arjun waits in Dwaraka till the arrival of the fifteenth child of the Brahmin. When the time comes, Arjun covers the hut with all his knowledge of Astras, but to his greatest shock sees that even this child has disappeared. Arjun accepts his defeat and decides to end his life and prepares to enter the fire

Just as Arjun was about to enter the pyre of fire, Shri Krishna stops him from behind. He then asks Arjun to come along with him in his chariot, without asking any questions and heads towards the skies. They travel long way, cross the far spread universe and reach Vaikunth Dham. In the abode of Bhagwan Vishnu Arjun sees the fifteen children and is enthralled. Shri Krishna then answers that he wanted Arjun to know that nothing went against destiny and it was God‘s will that the brahmin suffered the separation of his children because of his past deeds. But, when Arjun put his life in stake, it became Shri Krishna’s duty to save his dearest devotee and hence he had come all the way to Vaikunth Dham to carry the children and return them back to the Brahmin so that Arjun’s promise is intact. Arjun is amazed at the power of Shri Krishna and then realises that he is none other than the incarnation of Bhagwan Vishnu and destiny is bound to his will. He asks forgiveness of Shri Krishna and bows to his greatness. Shri Krishna blesses him and both return back with the children back to Dwaraka with the children and return back to them to the Brahmin and make him happy. 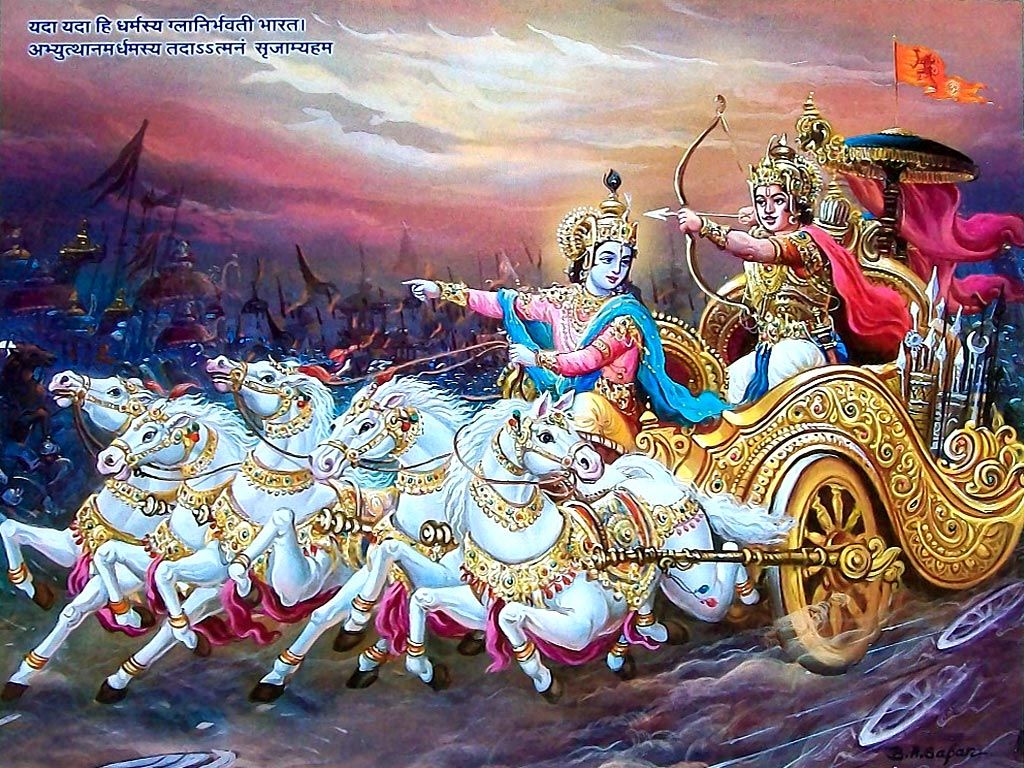 Shri Krishna imparts two lessons in this incident. First, he teaches that destiny is to be accepted the way it comes, and the second that if one puts complete faith in him and surrenders to him, then he would help the devotees overcome the obstacles of their destiny and prosper in life.