Life is like two sides of a coin. It is not what we see only on one side, but there is much more on the other side and one needs to have that understanding perception of life. One should never come to conclusions without thinking or relations and life may take quite a different turn than expected. This lesson is taught by Shri Ram in his course of actions where he proves that when he does a thing, he does for a reason. 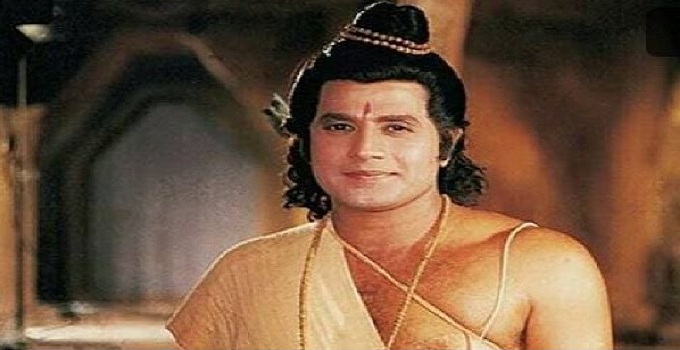 Shri Ram with the help of his Vanar warriors builds a great bridge across the Ocean. Shri Ram had all the power to dry the Ocean, but he waits for three days for another solution as he did not want to disturb the balance of creation. Although he did not have time, he did not rush to hasty decisions. The result was a feat of building the bridge which remains even till date as the greatest impossible task which Shri Ram made possible.
Shir Ram’ thinking is far sighted. After all was set for war, He again thinks deep and sends Angad as a messenger as a last chance to Ravan. Lakshman is furious on this for the reason that Ravan deserved to be punished for his sins. But Shri Ram thinks for the greater good of avoiding bloodshed and makes Lakshman understand reason behind it. At the same time, when all decide to send Hanuman, Shri Ram decides to send Angad. This was because Shri Ram wanted to let know Ravan that it was not only Hanuman who was the only powerful warrior but all his army was as powerful as him. With this gesture, Shri Ram achieves three things, one is the effort for peace, the other is making Ravan understand his warrior’s capacities and the third is increasing the confidence of his own army by complete trust by not differentiating them from Hanuman. This proves that strategic thinking and calm attitude before even in the greatest challenges of life always leads to success.

When Mata Sita comes to Shri Ram after Ravan succumbs, Shri Ram first asks her to pass through a trial of fire. All are shocked by this behaviour of Shri Ram. But Shri Ram did that for the reason that he wanted to prove the world about the chastity of Mata Sita, and hence took the blame of putting her to test on him. His love for Mata Sita was infinite, but as the future king of Ayodhya, his duty as a king was more important than his personal self and hence he takes the hardest decision of life. If it was not for the trail of fire, the integrity and self-respect of a woman also would be in danger. Being the better half of Shri Ram, Mata Sita understands this, and goes through the trail of fire and comes out of it just as a strong woman does. With this, she proves that woman are the representations of strength and virtues, and not just delicate.

The actions and decisions of Shri Ram depict one important lesson that a virtuous person does something with a reason behind it and there is another side of him which might not be visible, but needs to be seen to understood instead of coming to conclusions.