Everyone has an inborn talent. It is only a matter of time that it is recognised and encouraged, so that it leads to success. However, unlike praising and boasting about it, talent should be nurtured carefully and wait for the right time to shine so that leads to success. A well-known example for the same is how Hanuman’s talent was reminded by Jambavant at the much needed time which led to the success of Shri Ram’s quest for Mata Sita. 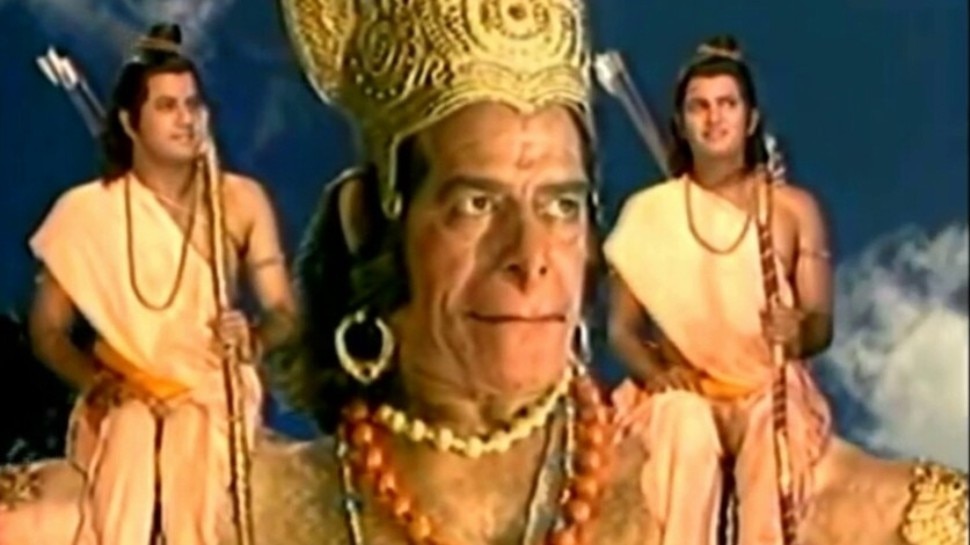 Hanuman was born with great powers and was a mighty Vanar since childhood. It is a very popular story that he rose to swallow the morning Sun to be a fruit and all the Devas had to rush to the aid of Suryadev to save him from Hanuman. When Devraj Indr stuck Hanuman with his Vajrayudh, Hanuman fell unconscious. Vayudev was upset with this and he took his son into a cave and the entire world was deprived of air. To please Vayudev, Brahma Ji and all the celestials appeared to him and bestowed Hanuman with many powers which made him even more powerful.

However, the childish naughty nature mixed up with Hanuman’s talent and he resorted to many kinds of mischief troubling the sages in the forest. This led to the sages cursing him that he would forget all his power and talent and be a calm Vanar. Hanuman’s mother Anjana pleads to relieve Hanuman from the curse. The sages’ prophesize that Hanuman’s power would be unleashed in the right time when utmost needed.

Hanuman unaware of all this, as a devoted student learns all the Vedas and Sastras from Suryadev and turns out to be a humble students blessed with all virtues and knowledge. He becomes a loyal friend and minister of Sugriv and leads to his friendship with Shri Ram. With the only desire of being Shri Ram’s eternal devotee, Hanuman starts his quest for Mata Sita along with Angad and the other warriors.

On reaching the vast ocean and knowing that Mata Sita is held captive on the other side of the ocean in Lanka, Hanuman is worried. Jambavant, the wisest among all notices this and understands that this is the right time for Hanuman to be reminded of his true power and might. Along with Angad, he comes to Hanuman and tells him that he was the only one who was capable of crossing the mighty Ocean and reach Mata Sita. Jambavant reminds Hanuman of his great boons bestowed by Brahma Ji and Devas which make him the invincible warrior of all times. He also reminds Hanuman about the trust of Shri Ram who believed that Hanuman could definitely trace the whereabouts of Mata Sita and hence had given him the signet ring. With all the inspiration given by Jambavant, Hanuman is motivated and feels the power of his might in his body. Placing his faith on Shri Ram, he takes the mighty plunge on the Ocean and achieves an impossible task crossing the waters and reaching Mata Sita.

This striking incident from Ramayan teaches mankind that talent or greatness can never be hidden, and it shines in one way or the other. What is required is the patience to nurture it and wait for the right time to demonstrate it. With a small pat on the back, the talent outshines the impossible and leads to many successes in life and Shri Hanuman is the greatest inspiration for the same.