It’s a very popular saying that while the Ramayan teaches what to do in life, Mahabharat teaches us what not to do in life. In a way, the two great epics teach us the balance of life. The Mahabharat is a valuable source to understand how desires and power control human race. While the Kauravas succumb to greed and pride, the Pandavas stand for truth. Although they undergo many problems, they emerge victorious because of their truthful nature. 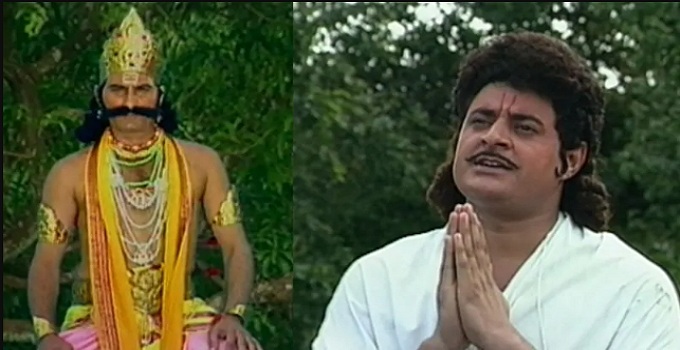 Out of the five brothers, Yudhisthir was the eldest was also called as Dharmaraj, the epitome of truth. Being the intellectual and wisest, it was his greatest quality that even in adverse situations, he always stood for truth instead of giving up on it. The most known incident which reflects this trait of him is when he faces innumerable questions by a Yaksha (celestial being) during their exile.

During their exile, the Pandavas wander in the forest for firewood and feel thirsty. The youngest one Sahadev, finds a pond and go near it to quench his thirst. The pond belonged to a Yaksha who appears in front of him and says that he can drink the water if only he would answer his questions. But Sahadev disregards the Yaksha and tries drinking from the pond without the Yaksha’s permission, but immediately falls unconscious. After sometime Nakul goes in search of his brother and he sees Sahadev unconscious. He too disregards the Yaksha and faces the same result. In the same way, Bheem and Arjun too face the same fate.

After some time Yudhishtir comes in search of his brothers and encounters the Yaksha near the pond. Seeing his brothers’ plight, he requests the Yaksha to give them consciousness and life. But the Yaksha says that he could bring back the life of only one brother that too only if Yudhishtir would answer his questions. Yudhisthir humbly agrees to this. The question answer session goes like this 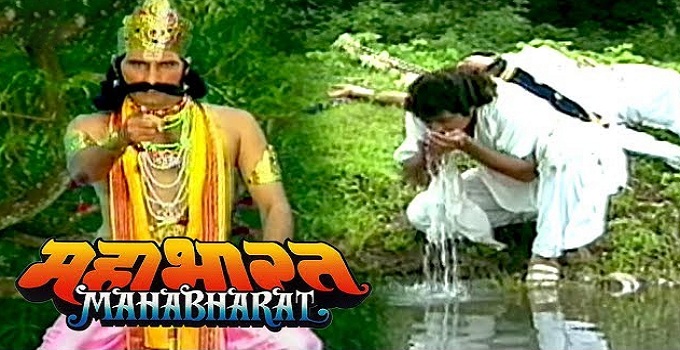 In this way, Yudhisthir answers many more questions of the Yaksha. Pleased with this, the Yaksha says that he would ask a final question that which brother he would choose to come back to life among the four? And Yudhishtir immediately answers without hesitation as Nakul. The Yaksha is surprised that he did not chose his powerful brothers Bheem and Arjun and chose Nakul.

Yudhishtir humbly answers that his father Pandu had two wives. As Kunti’s son, he was alive and it would be only right that the elder son of Madri, Nakul was alive and it would be justifying Dharma. The Yaksha gets immensely pleased by this final answer and brings back all the Pandavas alive. Thus, by standing selflessly for Dharma, Yudhisthir gets back the life of all his brothers. Dharmo Rakshati Rakshitaha!