The Mahabharat is the classic epic which portrays the beautiful relation of Shri Krishna and Arjun. Being the personifications of Nar and Narayan, they beat as two bodies and one soul. But, there was a situation when Arjun was put to test by Shri Krishna as to who would he chose among himself and the Yadav army, and the answer which comes from Arjun is a beautiful one. 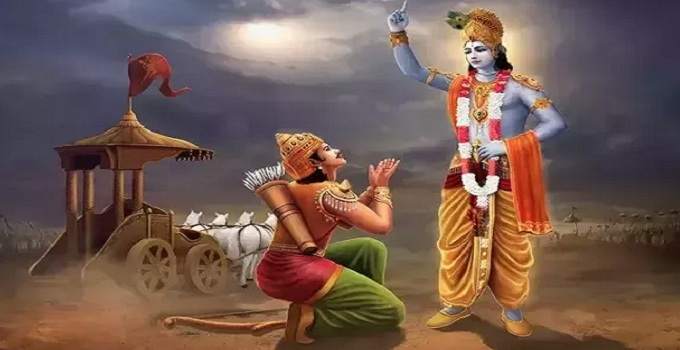 After all the efforts of Yudhishtir and Shri Krishna fail for peace with the Kauravas, the call of the great Kurukshetr battle is given. Duryodhan puts in all best to get the best of the warriors to his side, and in this accumulates a huge army. However, Shakuni knows that the support of Shri Krishna is the key factor of victory and he devises a plan and sends Duryodhan to Dwaraka.

On the other hand, Yudhishtir knows that Shri Krishna would be on the side of Dharma and sends Arjun to request Shri Krishna to be on their side for emerging victorious in the battle. As the humble devotee of Shri Krishna, Arjun sets out on his task.

Meanwhile, Duryodhan reaches Dwaraka before Arjun and goes to see Shri Krishna in his chamber. The Almighty who knew their both intentions pretends to be asleep on the cradle swing with two seats, one at the head, and the other near his feet. Duryodhan enters the chambers and sees Shri Krishna asleep on his bed. As an egoistic person, he thinks sitting on the side of the feet of Shri Krishna is humiliating, and he sits on the seat beside Shri Krishna’s head and waits for Shri Krishna to wake up.

Arjun enters the chambers after sometime and Duryodhan is both angry and worried at his presence. But Arjun with only the devotion of Shri Krishna remains undisturbed by the presence of his arch rival. He humbly sits at the feet of Shri Krishna waiting for him to wake up. After sometime, Shri Krishna wakes up, and first notices Arjun at his feet and welcomes him heartily. Then he looks at Duryodhan who is at the opposite side and asks the reason for their coming.

Both of them say that they needed his help in the battle of Kurukshetra. Shri Krishna smiles and offers his help on one condition that he would not fight, but only be as a support on one side, and his entire Yadav army would fight on the other side and the choice was in between them to choose. 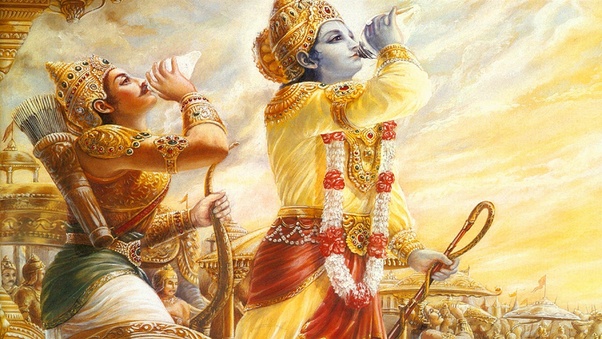 Arjun succeeds in gaining the blessings of Shri Krishna who is mighty pleased with the devotion of Arjun for him. Shri Krishna promises to be Arjun’s charioteer and fulfils his incarnation purpose in retaining Dharma and also lead his most dearest Arjun in his path of victory.